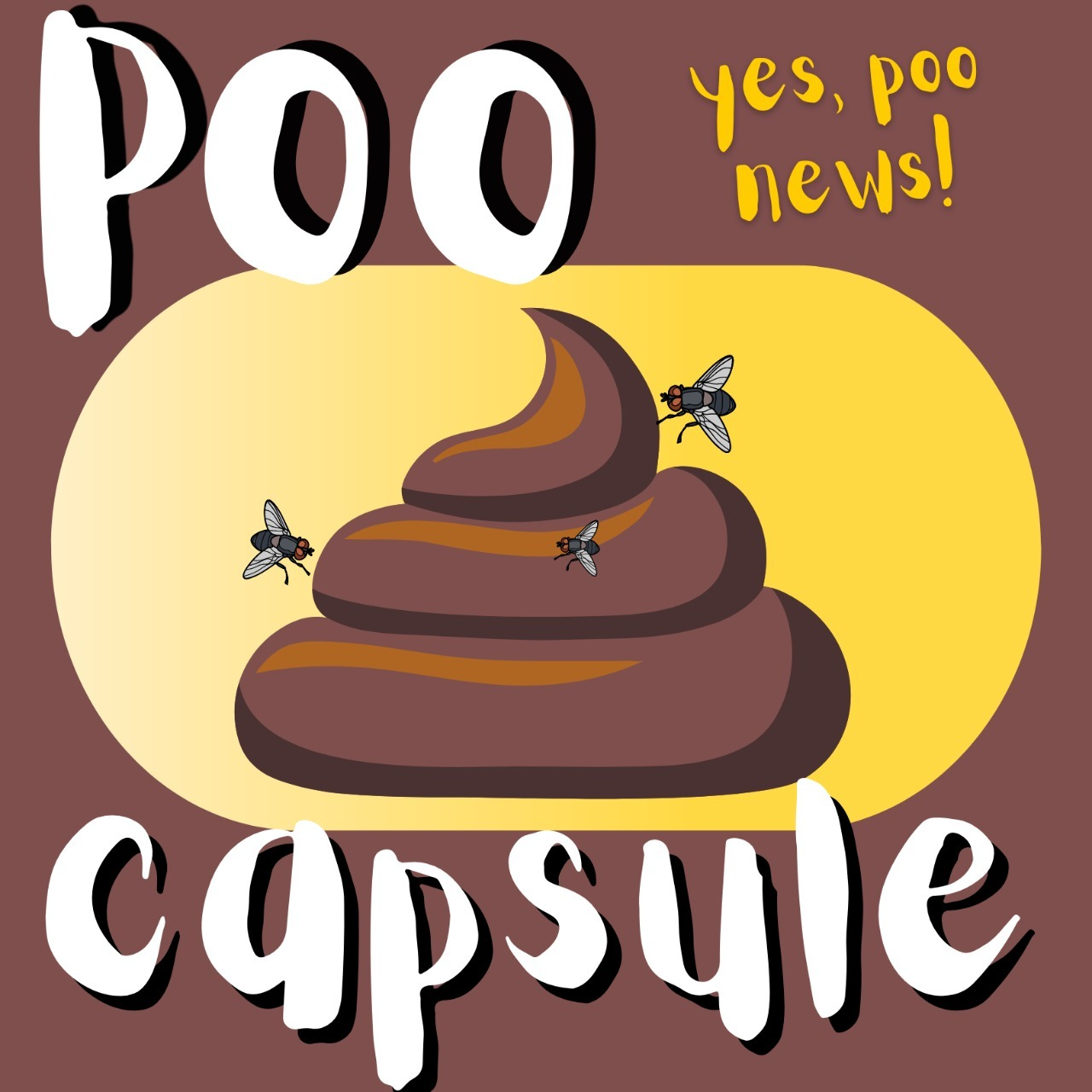 LEELA: This is the special Newsy Pooloozi Poo Capsule yes, you heard me right!

LEELA: Hello, I’m Leela Sivasankar Prickitt and for the month of July we have a very special bit of programming we’re doing.

LEELA: And my mama!

MAMA: Yes, that too. So, we realize we do a lotttttttttt of new stories about the same topics. So, we’re going to enter into capsule mode this month. As in encapsulate to put stories of a similar topic into a single episode or capsule.

LEELA: One is about a subject we LOVE yes; we’re talking space stories!

MAMA: We have tons of space news and background stories all about the galaxy.

LEELA: So, we’re putting them all in one single place – a “space capsule” (get it?)

MAMA: Which we did two weeks ago.

LEELA: But… we’ve also done quite a lot of stories about things we don’t necessarily looove, but that we… have… a…

LEELA: Like… creepy crawlies! Why do we do so many stories about bugs and spiders, lizards and snakes?! Yiiiick!

MAMA: Like I say, sometimes we’re fascinated by the things thatvscared us the most.

LEELA: Or that FREAK us out!

MAMA: Yes, that would be the other topic we have covered A LOT on Newsy Pooloozi.

LEELA: Poo! Yep, you heard me right. We cover a lot of poo news. Or excrement, if you prefer.

MAMA: So, we’ve put together a poo capsule too for this week in fact!

MAMA: So – let’s dive deep into each one of these categories.

LEELA: This week – it’s the…  Poo Capsule (get ready to hold your nose, folks!

LEELA: So, we all know what an iceberg is, but do you have any idea what a FAT-BERG is?

MAMA: Is this some new made-up word?

A fatberg is a solid lump of waste matter in a sewer system formed by the combination of flushed non-biodegradable solids, such as wet wipes, cooking fat and or congealed grease.

LEELA: Solid sewage. As big as a house.

LEELA: It took cleaners and engineers two weeks to clear it. They not only used high-powered water jets…

LEELA: …but even had to use hand tools to chip-chip-chip away at the fatberg. Needless to say, London authorities are asking people not to pour grease down the drain or wet wipes or diapers or even cotton buds, ok?

MAMA: Yes, a biological mystery vexing scientist for decades has been solved.

LEELA: That’s right have ya ever wondered why wombats poo in little cubes?

MAMA: And we’re talking about the cute Australian marsupials – meaning animals that carry their young in a pouch not the fabulous British band by the same name.

MAMA: So, according to the Royal Society of Chemistry, new research published a few days ago in their aptly named journal called Soft Matter digests previous work demonstrating that wombat poo forms its distinctive cube shape within the wombat’s intestines, not at the, er, point of exit as previously thought.

LEELA: Yeah, it’s pretty funny because, believe it or not, there was a theory that the cute little marsupials had, well, square-shaped, ummm, bottom holes.

MAMA: Eewwwww! But no. That’s now been disproved by Australian scientists from the University of Tasmania.

LEELA: Well, I’m very happy they’ve gotten to “the bottom of it” get it?!

LEELA: So as any regular listener of Newsy Pooloozi knows, cows or cattle

LEELA: Whichever word for these big, gentle beasts you want to use – well, their burps and farts are toxic.

MAMA: Oh, yeah. I mean, let’s face it, burps and flatulence, to use the fancy word for farting, aren’t very nice from any creature. But when cow’s do it, especially the burps, a little puff of methane wafts into the atmosphere.

LEELA: And a lot of cows means a lot of methane gas, which is one of the most potent greenhouse gases around trapping heat in the atmosphere, basically warming up the earth.

MAMA: Totally. And besides bovine gas

LEELA: On a picturesque farm in Buckinghamshire, England, a plasma gun has been firing at cow dung.

What, you may ask, is a plasma gun?

Well, plasma is a stream of matter heated so hot that electrons are ripped away from the atoms and the molecules break down.

Or put a little more simply – a bolt of artificial light breaks up the toxic ammonia and the climate-heating methane.

LEELA: Not just that – by smashing up the ammonia molecules, pure nitrogen is produced, which is not only much less harmful but can also be used as fertilizer on fields.

MAMA: Oh! So that saves the farmer money on fertilizer then.

LEELA: Oh, yeah, I’m so not done. So, did you know when ammonia mixes with other chemicals – like those found in more urban areas – it can produce harmful air pollution?

MAMA: I did not know that.

LEELA: Well, reducing the ammonia, from a herd of cattle, can reduce air pollution too.

LEELA: And I’m still not done…

LEELA: (sniffs) What’s that smell? Nooo, not the smell of manure on fields. You see, the dung zapper also makes the poop smell…

LEELA: Well, folks, a lot less poo-y and more like…

SFX OF A SEAGULL AND WAVES

LEELA: The seaside! Talk about the magic of science.

LEELA: It’s a story about a zoo that’s being very creative and friendly when it comes to their, ummmm, waste.

LEELA: It might sound good, but I doubt it smells good. Cue the music, Mama.

LEELA: Right. And that means they have a lot of…

LEELA: Poo! It’s called poo! OK. It’s called manure and dung as well. But let’s stick with poo, shall we?

LEELA: Well, the Marwell Zoo in Winchester, England is the first to generate renewable energy using ZOO POO – to heat up its water pipes and its tropical enclosures.

MAMA: Whoa… Can you do that?

LEELA: Well, they can and they are, according to our England Correspondent, Jackson Hosking.

MAMA: Jackson – how’s this done – can you really turn poo or dung into energy???

Now, before you think I’m taking this zoo poo story in an unsavory direction – may I remind you that an ass is a kind of donkey.

Right, back to the environmentally friendly angle of this story… once the manure – yet another name for name for animal poo – has been swept up, it’s then shredded and mixed with any hay bedding that’s also been collected.

This zoo poo mixture is pressed together and dried to create blocks. And these blocks, or briquettes, are then used to heat up the zoo’s biomass boiler, instead of using fossil fuels like coal or oil.

And thanks to these clever zoo poo briquettes, hot water flows through the pipes of the zoo’s tropical enclosure, keeping the resident sloth, birds and lizards nice and cozy.

The tropical plants love the heat and humidity too.

Marwell Zoo is working on heating other buildings in the same way. All part of their plan to reduce the carbon emissions the zoo releases into the atmosphere.

So rather than treating up to 600 tonnes of zoo poo as waste – it can become renewable energy bricks instead…. so long as the animals keep breeding and eating healthily…. and go to the loo in the zoo!

In England this is Jackson Hosking, reporting for Newsy Pooloozi

LEELA: So, there you have it. Thanks a lot, Jackson!

MAMA: Actually, Leela – in India dried cow dung is regularly used as briquettes to fire up stoves, so I should have thought about that. While burning fuel isn’t exactly clean, it certainly is a way to recycle waste.

MAMA: So, for a long, long-time people who study diseases, have known that our poo, sorry… our excrement, or bowel movement, or our stools, our waste…

LEELA: Boy there’s a lot of words for this…

MAMA:  OK, our poo contains all sorts of valuable information about what’s going on in our bodies. Like when we’re really sick, sometimes doctors not only want to get a sample of our blood, but a stool sample also, , to see what’s bugging you. Literally, what bugs are inside you, that may be making you sick.

LEELA: I have bugs inside me?

MAMA: We all do. At least three types: parasites, bacteria and viruses. Most are harmless, some are even good for us. But the bad ones can be very bad and make us sick. Now, back to…

MAMA: Sorry, it’s part of the story, I promise! When we do our business and flush the toilet, where does the waste go?

LEELA: Down a pipe?

MAMA: That’s right. And all the pipes from all the houses collect together into bigger pipes that’s called a sewer. Well, if you take a sample of the sewage from a neighborhood, you can tell if some people there might have coronavirus.

Here’s the key… Most people don’t get tested until they have symptoms that can be two weeks after they get this pesky thing… But if someone’s sampling the poo, I mean, the sewage from the neighborhood, they can know a lot sooner.

MAMA: What good does that do? Okay, it means we can find out if the virus might be spreading in an area before lots of people start to get sick. And that means that… If a good sewage testing system is in place… we might be able to relax some of these yucky rules we’ve been living with, like lockdowns or even social distancing, and masks, and no school, no play dates, no fun…

LEELA: What a relief that would be!

MAMA: That’s right. Scientists here and there have been doing this for a while. But now, in the United Kingdom, they’ve created a standardized test that means a system everyone can use which if used across the country they reckon can spot increases in cases 10 days earlier than what’s happening now!

So, think of it this way: poo is important and sewage samplers are the new soldiers in this fight against the virus!

MAMA: And here’s an update on that story…….. Well, not only are there cases of other countries using this technique, like the Netherlands and Italy, and a study in Canada too, but there’s a super example of this being successfully used in a very contained neighborhood… The University of Arizona in the US was able to stop the spread of COVID-19 during the first week of on-campus classes.

LEELA: It went down like this… On a Tuesday the poo fighters sampled some the sewage from several dorms those are the buildings where college students live the poo fighters ran scientific tests on the sewage and found… the presence of the nasty coronavirus at one location.

The next day the poo fighters ran more tests to confirm the results. Hours later medical staff arrived at the dorm, dressed in protective gear, and tested all the students. Indeed, two tested positive.

They had no idea they had the virus, because they had shown no symptoms. They were immediately quarantined. And so far, the virus has not spread more, and thanks to the University of Arizona’s Poo Fighters!

LEELA: And that brings us to the end of this special Newsy Pooloozi capsule. Alrighty then – we’ll see you next week in the splishy-splashy news pool for kids – Newsy Pooloozi!