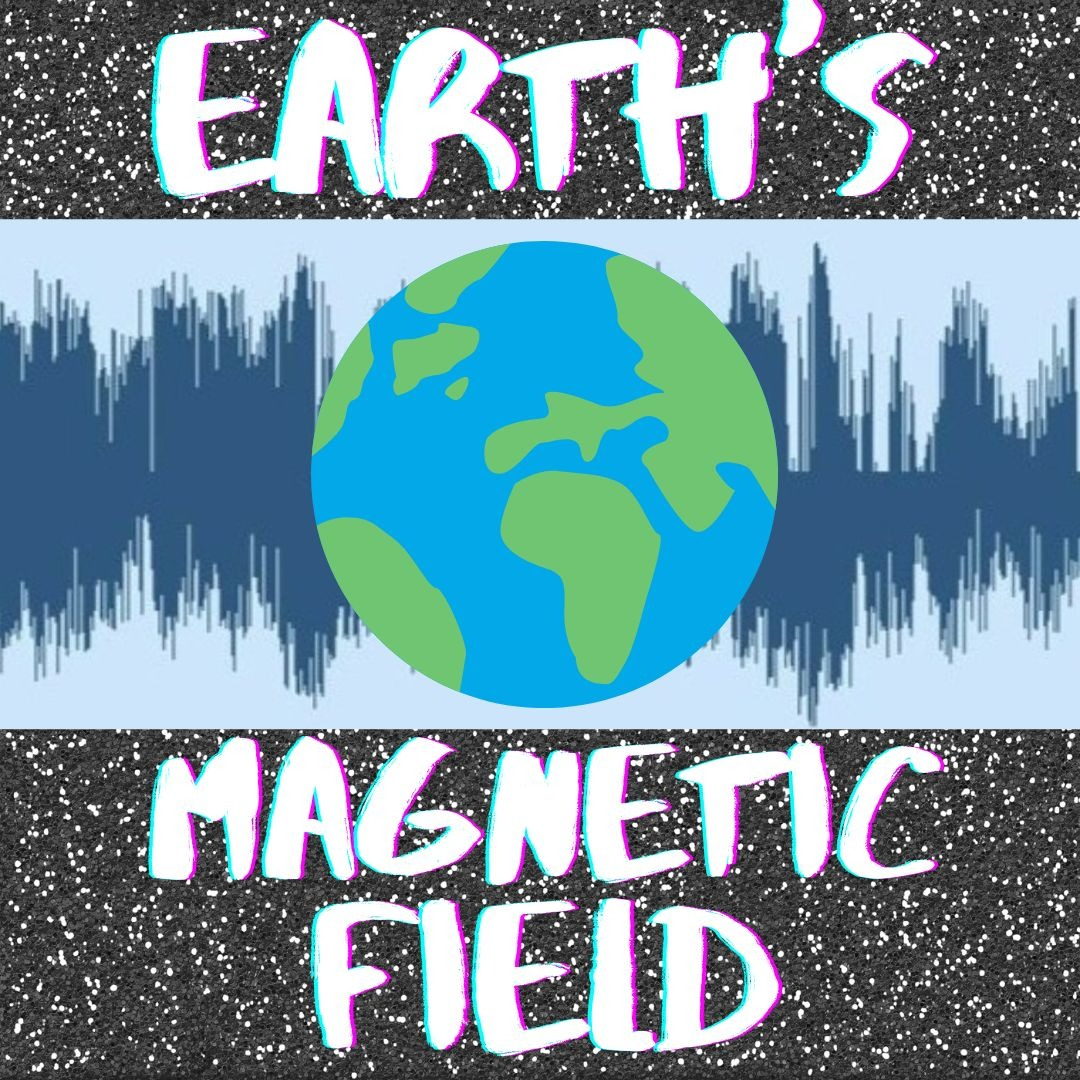 We have a packed news week with the scary sounds of earth’s magnetic field.

Plus, the sad story of South Korea’s stampede and India’s overcrowded bridge collapse.

But a little more uplifting is the success of Taylor Swift’s record-breaking album.

The low-down on candy inflation.

And a very snotty bit of research into long-nosed lemurs.

LEELA: I’m your host Leela Sivasankar Prickitt and, as ever, I’m joined by…

MAMA: Me! Lyndee Prickitt – or Leela’s mom and, well, producer of this podcast.

MAMA: So… have you heard the haunting sounds that our very own planet earth produces?

LEELA: What, the radio waves of earth in space? We did that story ages ago.

MAMA: No, something new. And spookier. Have a listen to this.

MAMA: Ha! Not yet, no. This is work of the European Space Agency (ESA), which has released this audio revealing how the Earth’s magnetic field would sound like.

MAMA: Well, it’s pretty complicated stuff, it’s the region around a magnetic material or a moving electric charge within which the force of magnetism acts.

MAMA: OK, so the magnetic field isn’t something we can actually see, but it’s like a highly complex and dynamic bubble that keeps the Earth safe from cosmic radiation and charged particles from the Sun. In other words, it protects Earth from all the powerful stuff out in space, namely the Sun.

LEELA: So, without the Earth’s magnetic field – or should I say shield – we’d be toast.

MAMA: Pretty much. And, thanks to some researchers from the Technical University of Denmark we can’t see it, but we can now hear it. They took the magnetic signals and converted them to sound.

MAMA: Yes, there are links to the full five minutes of audio in our transcript.

MAMA: Now, we sadly move on to the news of two tragedies this week.

LEELA: Both took place in Asia. One, not far from us here in India, right?

MAMA: Correct. And you might have heard people talking a lot about the word “stampede?”

MAMA: Well, it means when people or animals make a sudden, and often confused, rush all in the same direction, often resulting in some being squashed or trampled – to death.

LEELA: And that’s what happened in South Korea, right?

MAMA: Yes, thousands of people, mostly young adults, were all in this one part of town in the capital Seoul – a party district known for its narrow streets and alleys. Well, when too many people pack into a tight, confined area, there’s always a danger of a stampede.

LEELA: And loads of people were there because it was the first Halloween since Covid restrictions were lifted, right?

MAMA: I know. We should all take care when places get too crowded. And that’s also what happened on a pedestrian bridge that collapsed in the Indian state of Gujarat. Let’s cut to our correspondent, Yuvraj Sahni, for the details.

YUVRAJ: Yes, it was a 140-year-old suspension bridge over a river.

That’s a bridge that hangs from thick steel cables supported by towers at both ends.

It’s a major local tourist attraction which had only reopened last week after being shut for months of repairs.

Around 500 people are thought to have been on the bridge, which can only take the weight of about 125 people.

There is now a call for a judicial probe to find out if the bridge was repaired properly and who allowed so many people on at once?

LEELA: Thanks a lot for that report, Yuvraj.

MAMA: Alright, let’s move on to some more uplifting story, something peppier or should I say poppier

LEELA: So how many of you were up at midnight on Oct 21 to hear Taylor’s new album? I certainly was. But, well, OK, it was a little easier for me to do it since I’m on the other side of the world in India, so it was the middle of my day!

MAMA: Oh, yes, you were on top of that story the moment it broke.

LEELA: Well, even for those who weren’t up all night… Well, Swifties the world over sure did make up for it, because they’ve all clearly been constantly listening and listening to the new album, Midnights.

In less than 24 hours it became the MOST-streamed album in a single day on Spotify and Tay-tay became the most streamed artist on the platform – EVER. That’s not all, over on Apple, the album set the record for biggest pop album on Apple Music.

LEELA: You mean Meozers – she is a fellow cat lover too, you know. (Meeeeow.)

LEELA: But I’m not done. The most famous cat-mom has also broken another world record by becoming the first artist in history to have her songs make up the ENTIRE US TOP TEN LIST!

Number one is – not surprisingly – Anti-Hero. Also, one of my favorites.

MAMA: And what did the 32-year-old pop star herself have to say about all this? Anything?

MAMA: Whatever that means?! I mean shambles usually means a wreck or a mess. But maybe she’s being ironic? I don’t know – I’m old!

MAMA: North Korea fires missiles across its border at sea into South Korean territory, leading the South to do the same in what’s known as retaliation, in other words pay-back. Experts say the North probably fired the missiles in its retaliation over joint military drills earlier this month between South Korea and its old ally the US.

After days of silence Brazil’s president Jair Bolsonaro says he will respect the constitution, though he didn’t actually admit defeat to the former president Lula da Silva, who won the country’s latest election for president.

In tech and entertainment news… Elon Musk, who recently took over Twitter, says the social media platform will charge $8 a month to users who want a blue tick by their name indicating it’s a legit, verified account. And Netflix says early next year it will start charging fees when users share an account outside one household.

And, finally, a teenager wins the $10,000 grand prize in the annual Florida Python Challenge by catching 28 of the slippery predators. The state runs the hunting contest every year to remove invasive Burmese pythons that – did you know – can grow as long as 20 feet.

LEELA: Well, thank you so much for that whippity-whappity-zippity-zappity wrap of what’s making headlines elsewhere in the world, Mama.

MAMA: I love it. I think we should get people to send in their own versions of that and we should do a sort of “who can say it fastest.”

LEELA: Yes, let’s see if anybody will attempt to beat me.

MAMA: So, the question of the week is…

LEELA: Did you get a little less candy in your Halloween bag this year?

MAMA: Well, if so, that could be because the price of candy has increased by 13% since last year.

LEELA: OK. But what does that mean in real money?

MAMA: Simple. Inflation that’s when prices rise. Or more officially the rate of increase in prices over a given period of time.

LEELA: Oh, like the cost of sugar getting higher?

LEELA: And sugar, which as we all know and love – is the MAIN ingredient in candy.

MAMA: It’s not called sweets for nothing. Sugar has increased by 17%. That means it costs candy makers more money to make those sweets. So…

LEELA: They raised their prices. And we all got a little less candy this year. Inflation – uhhhhh!

MAMA: On the other hand, it might mean we save some money on dental care and given how costly that is, well, that’s gotta be a good trade off, right?

LEELA: Ummm… If you say so.

LEELA: Well, this story might be odd for some, but completely normal for others.

LEELA: Oh, you said it. This report is officially gross. Consider yourself warned!

LEELA: So, you know primates – as in the most developed and intelligent group of mammals on earth, including monkeys, apes and humans. Well, you know the really adorable ones called lemurs.

MAMA: Yep. Originally from the African nation of Madagascar, lemurs have long tails, big eyes and pointed, wet noses. Oh… I know where this is going.

LEELA: Aaaaaand the variety with the cutest name ever, the aye-ayes, also have… wait for it… a VERY long, thin middle finger.

LEELA: Which researchers have found is not JUST for tapping on wood to locate the food inside or JUST for digging that long digit into the wood to pull out small grubs to eat. Oh, no.

LEELA: No…. British Biologist Anne-Claire Fabre said she noticed the aye-aye also inserts that long finger – and I quote – “a surprisingly long way down its nose and then, sampling whatever it dug up, by…  licking its finger clean!” End quote.

LEELA: That’s “not” all. The aye-ayes are not the only primates discovered with the gross habit.

LEELA: Twelve species, including humans, have been documented eating their…

LEELA: Cringe. Yes. Yet there’s very little evidence as to why we, I mean, they do it. Researchers are hoping their study will shed some light on this pleasant topic that we’re “snot” joking about. Get it…?!

MAMA: FAB FACT NUMBER 1 – The European Space Agency (ESA) releases the spooky sounds of how Earth’s magnetic field sounds. What does the magnetic field do for Earth?

Protect it from cosmic radiation and charged particles from the Sun.

LEELA: FAB FACT NUMBER 2 – Sadly over 150 people died in the South Korean capital of Seoul during a stampede in a party district of the city. What is a stampede?

When people or animals make a sudden, and often confused, rush all in the same direction.

MAMA: FAB FACT NUMBER 3 – There was also tragedy in India when a 140-year-old recently repaired suspension bridge collapsed under the weight of way too many people. What is a suspension bridge?

Bridge that hangs from thick steel cables supported by towers at both ends.

LEELA: FAB FACT NUMBER 4 – This year the price of candy has increased by 13% due to inflation of raw materials, like sugar. What is inflation?

Rate of increase in prices over a given period.

MAMA: FAB FACT NUMBER 5 – Researchers have found that a type of lemur called aye-ayes uses their long finger to pick their nose and eat their boogers. What is the other reason for their long middle finger?

MAMA: thank you Jacob Bloom – for your lovely email saying:

LEELA: “Your podcast is super awesome! I really enjoy listening to all the important stuff happening around the world! My mom also likes it.”

LEELA: Why thank you VERY much, Jacob.

MAMA: You’ve made our week!

LEELA: If you enjoyed this dip in the coolest pool of news and information then HIT that subscribe button on Apple Podcast, Spotify, Stitcher, Alexa or wherever you get your podcasts.

MAMA: While you’re at it… Give us a good rating. Or better still, leave us a review! Go on – we’ll read it out loud if you do…