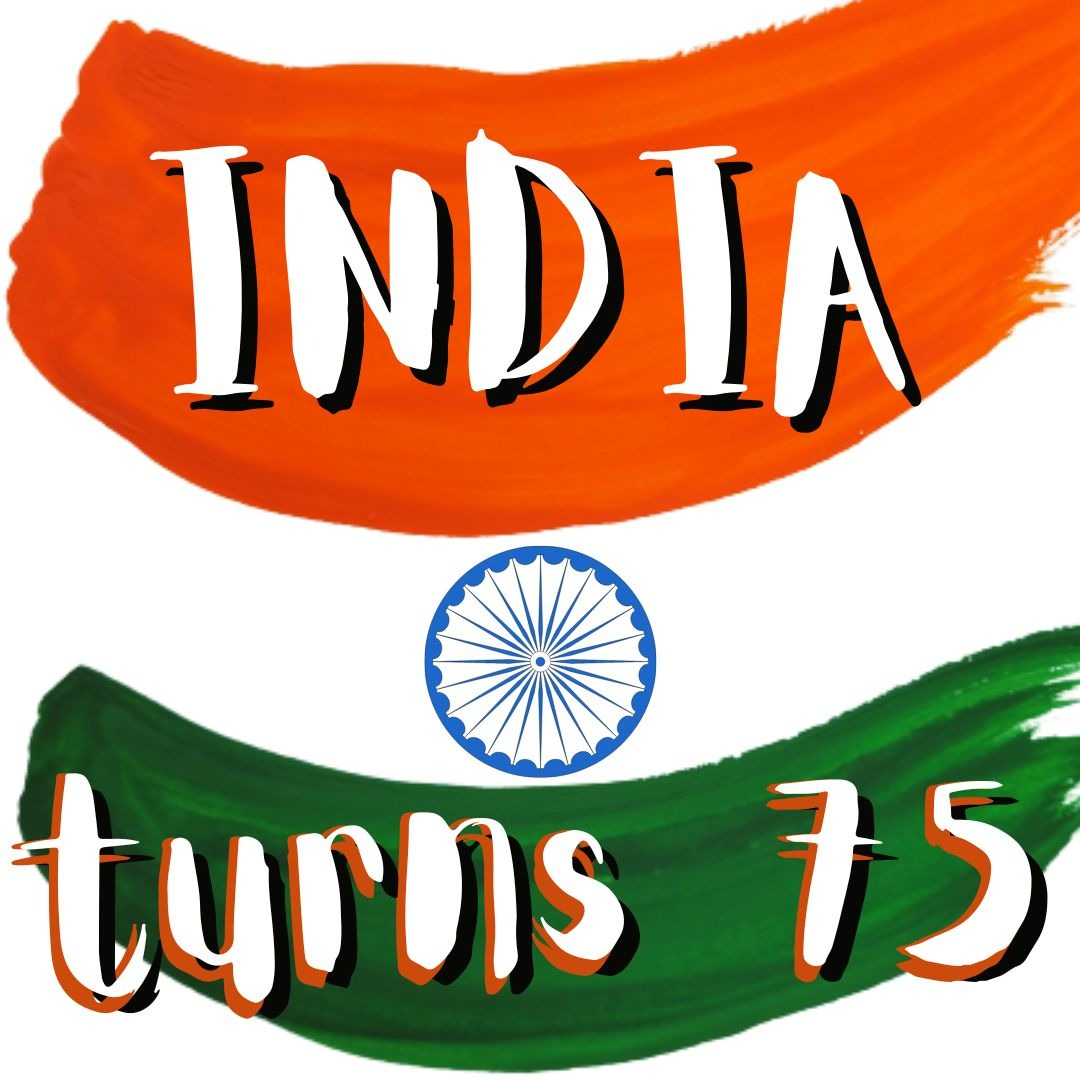 LEELA: Hello and welcome to another episode of the world news podcast for kids. I’m Leela.

MAMA: The coolest pool of news and information around.

LEELA: Exactly and this week…

Scientists find moths aren’t as aimless as once thought.

Chess gamers are played for their country.

All that and more. So, let’s dive in with the…

MAMA: Yes… And that’s because…

LEELA: It’s a celebration of America’s independence from Great Britain.

MAMA: Bingo. Well, if I say the 15th of August, I wonder how many people know…

LEELA: That’s India’s Independence Day and also from the British.  But without the hot dogs and fireworks.

MAMA: And this year is a big one because India is celebrating 75 years of self-rule.

LEELA: Which is quite an accomplishment since it’s the world’s biggest democracy.

LEELA: So, let’s have a little bit of history, shall we?

MAMA: Alright, so what we now call India has been invaded by many different foreign powers for centuries, From Alexander the Great of Greece to various Muslim dynasties and several European countries.

LEELA: The last and most colonizing being the British. Of course, there were many different rebellions, but it was when a man called Gandhi decided that the best way to rebel was through non-violence –

MAMA: Meaning massive peace marches across the country and lots of sit-down demonstrations.

JAWAHAR LAL NEHRU: At the stroke of the midnight hour India will awake and to life and freedom

MAMA: Sadly, the jubilation didn’t last long as the land the British ruled over was partitioned or divided into a Muslim-majority Pakistan and a Hindu-majority India.

LEELA: All that division led to a lot of fighting.

LEELA: The countries still don’t get along.

MAMA: India and Pakistan have gone to war four times since Independence. It can be tense sometimes especially as both countries have nuclear weapons.

LEELA: Yikes! But, hey that means it must be Pakistan’s 75th Independence Day too? Right?

MAMA: Yep, but they mark it a day earlier. The weird thing is in India though it’s a national holiday it’s not really a big celebration or party. But there is a little of this.

MAMA: You’ll often see school children marching around waving the orange, white and green flag of India. But not a whole lot of other celebrations. While there might not be fireworks and barbecues, it is impressive to think what India, a country stripped of its resources and freedom for two centuries, has managed to achieve in 75 years.

LEELA: And especially given how many people are here!

MAMA: So, in America, lots of people shout, “USA, USA,” when they’re feeling patriotic. Go on, what do they say here in India?

MAMA: So, have you ever seen a poor moth flying into a light, seeming to bump into it, in fact. And when it gets in your face, it’s so slow, you can swat it away so easily, practically killing the poor thing in the process, and you think…

MAMA: First of all, moths are among the most diverse and successful organisms on earth. Did you know? Guess how many species there are in the world?

MAMA: And while scientists have always thought migrating insects, like moths, just go wherever the wind blows…

LEELA: Or head for the light.

MAMA: Right. But no. Apparently not. Thanks to teeny-tiny GPS trackers put on the humble little flying insects, scientists were able to track the moth in their annual migration south.

MAMA: Turns out moths are actually great navigators and can even select favorable conditions to undertake their journeys. Like they can even tweak their journey to compensate for rough wind conditions.

LEELA: Meowzer wozers…  Better think twice before swatting them away then.

MAMA: Or you could just, you know, turn off the light.

SFX OF LIGHT OFF

MAMA: Almost half of Europe is still suffering from this summer’s historic drought. Rivers in the UK are dry and cracking and crops are suffering throughout France and Italy. Wildfires have burned many forests and homes, increasing the world’s climate footprint.

China gives the green light to self-driving cars for taxi services. The ‘robo-taxis’ were launched in two Chinese cities, though for now only in designated areas.

One of the most famous athletes in the world hints at retirement. Tennis superstar Serena Williams indicated that after this month’s US Open, she’ll be hanging up her tennis shoes.

Speaking of incredible athletes, a British marathon runner ran straight across Ireland in less than 24 hours! Robert Pope said early on he’d felt nauseous and wanted to give up, but just kept going. Did I mention that he’s 44 years old? Amazing!

MAMA: And today when we say sport, we’re talking about one of the oldest board games in the world.

LEELA: Chess! A war fought on 64 squares. But, because it’s only a board game, it doesn’t hurt. Phew.

MAMA: Yes, and one of the most important chess competitions in the world just finished up here in India.

The Chess Olympiad happens every other year.

Teams representing nations of the world compete against each other, kind of like the Olympics.

That’s why it’s called the Chess Olympiad – get it?

Well, the 44th Chess Olympiad was supposed to happen in Russia.

But their war on Ukraine meant the chess world governing body wanted to find a new host and the Indian state of Tamil Nadu stepped in.

There were eleven exciting rounds in a competition with 186 teams from around the world.

It was the central Asian country of Uzbekistan that took the gold for the men, narrowly defeating The Netherlands.

But it was the women’s winning team of Ukraine that had everyone talking!

It’s been a tough year for Ukrainians since the Russian invasion, but that didn’t stop them.

India didn’t do too badly either, getting a double bronze.

And, yes, the sale of chess boards has shot up here in India.

MAMA: Gosh, they must be so nervous before playing!

LEELA: Yeah, to chill out, they had to take the night off!!

LEELA: In other words, becoming entrepreneurs!

MAMA: But we wondered if most kids even know what that big mouthful of a word meant.

LEELA: So, we asked them!

MAMA: Well, they got there in the end.

LEELA: But it’s such a funny-sounding word. I mean, start-up is more obvious but entrepreneur? I mean, why?

MAMA: So, at its most simple definition an entrepreneur is a person who sets up a new business and not just comes up with the idea and does all the hard work but takes on most of the financial risk as well

MAMA: That means using their own money in the hopes of, eventually, making more money than they spent, which is called a profit.

LEELA: Why’s it called that?

MAMA: Well, it comes from the French word entreprenerd.

MAMA: But guess what that word means in Old French? Undertake or capture. Some reckon it was the first part of the vocabulary of war. Later it could be translated as adventurer! Then in the 18th century, the English mixed entreprenerd with enterprise and, taa-daah, you have entrepreneur! Which ever since has been seen as a vital part of a thriving economy.

LEELA: Why thank you for defining and decoding that word for us, Mama!

LEELA: So apparently the Californian city of San Francisco has a little problem with pigeons.

MAMA: Well, many cities have a pigeon problem, that’s for sure.

LEELA: Well, where there are pigeons there is…

LEELA: Oh, indeed. Get enough flying friends together and that means a lot of pigeon poo too. Like at San Francisco’s El Cerrito del Norte metro station.

LEELA: No, not the video game. But a hawk. A hawk named a pac man…

SFX OF A HAWK

LEELA: A Harris hawk to be precise, whose job three-days-a-week is…  to swoop down and no, not eat the pigeons! Or the rats, for that matter. He’s given loads of snacks by his handler to ensure there’s none of that. Five-year-old Pac-Man is just there to scare away the smaller birds.

MAMA: And is it working?

LEELA: Yep! Now we should see if the bird-of-prey can be trained to stop people who board the train without a ticket. After all, did you know hawks have excellent eye-sight – they can see 8 times better than humans? So Pac-Man could really put his hawk-eyes to some more use, what do you say?!

MAMA: FAB FACT NUMBER 1 – On August 15th the world’s largest democracy celebrates its independence from Britain. What year is India marking this year?

LEELA: FAB FACT NUMBER 2 – India and Pakistan both gained freedom from Britain at the same time, though they were divided into different countries. When does Pakistan celebrate its Independence Day?

MAMA: FAB FACT NUMBER 3 – Scientists put teeny-tiny GPS trackers on moths and learned that moths don’t just go where the wind blows, but are great navigators. They’re also among the most diverse and successful organisms on earth, which has how many species?

LEELA: FAB FACT NUMBER 4 – As many kids begin to start their own businesses at an early age becoming entrepreneurs. Where is that word from?

MAMA: FAB FACT NUMBER 5 – San Francisco’s metro system hires a Harris hawk to scare pigeons away, hoping to cut down on the pigeon poo. Hawkes have great eyesight – they can see how much better than humans?

LEELA: And that almost brings us to the end of this episode of Newsy Pooloozi!

MAMA: But first… another BIG announcement. The super trendy and cool digital media outlet Mashable have updated their shortlist of podcasts to teach kids about history and current events.

MAMA: Seriously cool – thank you so much Mashable!

LEELA: So, what are you waiting for? Why don’t you tell a friend about your weekly deep in the world-pool of news and information? Think of the cool things you could talk about.

BOTH: Go on… spread the knowledge and the fun! Alrighty then – we’ll see you next week in the happy, splashy giant Newsy Pooloozi!