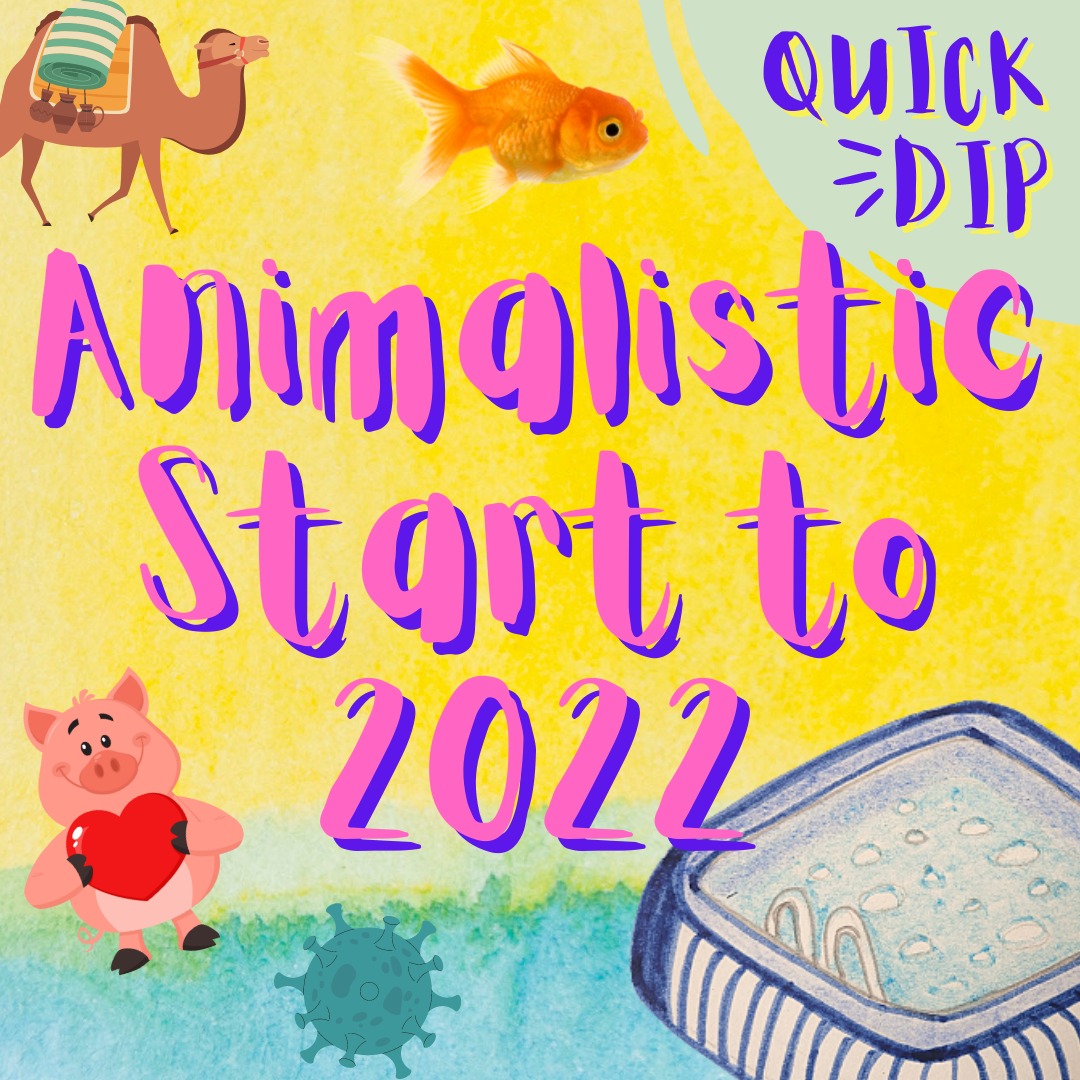 From pig heart transplant to goldfish learning to drive, from camel pageant to Antarctica’s foreign fish

LEELA: Hello and welcome to the wacky world of world news – yes – that would be us: Newsy Pooloozi, the only world news podcast for kids.

I’m Leela Sivasankar Prickitt and, of course, I’m joined by my sound engineer and sidekick

BOTH: Otherwise known as my “Mama.”

MAMA: I know, but as your sidekick I’m officially allowed to mimic you.

LEELA: I wanna see those laws.

LEELA: Thank you! Well, everyone – sidekicks, mimics and to-do list aside… we are wrapping up our epic Christmas Texas travels.

MAMA: But we know the news doesn’t stop just because we’re on the trot – like that rhyme? Trot, the word for the way horses walk.

LEELA: Cute… If not a bit corny.

MAMA: Well, that’s another sidekick job – to be corny.

MAMA: Ummm, that would be ‘mother.’

LEELA: (nervously laughs) Funny… As we were saying, since the news doesn’t stop, we’re giving you a quick dip of news, so you can stay on top of what’s happening around the world. Which, by the looks of it, seems to be pretty animalistic!

MAMA: As in LOADS of animal stories. Except the one annoying story that doesn’t seem to leave our news feed for very long.

LEELA: Well, if you consider a virus an animal, then it fits right in.

MAMA: I guess. Let’s get the COVID-19 news out of the way first and fast, shall we?

MAMA: You’ve probably heard that the omicron variant is raging… all over the world, especially among the unvaccinated, right?

LEELA: I think I’ve heard something about that…

MAMA: Yes, U.S. officials say there are more than 6.81 million cases, topping last December’s record. And the World Health Organization is warning that half of Europe will have caught the Omicron variant within the next six to eight weeks. Perhaps – get this – that’s why Spain is calling for COVID-19 to be treated, not as a pandemic, but more like the common flu.

LEELA: Huh. That’s interesting. But not as interesting as the rest of our news. Cue the sound effects, Mama.

MAMA: Yes, the first person in the world has undergone surgery to get a heart transplant from a pig.

LEELA: A genetically-modified pig, that is. Oink-oink. And, why, you ask, would 57-year-old David Bennett wanna do that?

MAMA: Because he had a terminal, or deadly, heart disease. He said, “It was either die or do this transplant.”

MAMA: Not at all. It’s just the pig’s heart – not the whole body – that’s been transplanted into Mr Bennett. Who is, so far, said to be doing well a few days after the experimental seven-hour surgery in Baltimore, Maryland.

LEELA: Driving fish, that is.

MAMA: Yes, scientists in Israel have taught goldfish an unusual way to reach a target – by driving a small robotic car on dry land. As you do.

MAMA: I know, but the researchers at Ben-Gurion University say they’ve shown a fish’s ability to navigate on land, allowing it to drive a specially designed “Fish Operated Vehicle” around a room. The experiment was designed to test whether goldfish could find their way in conditions very different from their own natural habitat.

LEELA: Well, since the goldfish were able to move around on dry land – with the help of a fishy vehicle – I’d say so!

MAMA: And staying with marine life… Antarctica is a haven for wildlife. But all the tourism and even helpful research is bringing new, and possibly dangerous species, to the unique region.

MAMA: Mmmm-hmmm. Scientists at the University of Cambridge tracked ships traveling through Antarctic waters and found sea-creatures like mussels, barnacles and crabs are traveling all the way to the icy, polar region.

LEELA: What? They hitched a ride on the outside of the ships?

MAMA: Yep. And since they’re not native to the area, they could threaten Antarctica’s very unique ecosystem.

LEELA: Let’s head to the desert.

LEELA: That’s the sound of a camel in case you didn’t know.

MAMA: Right, because a special camel beauty pageant is underway in Saudi Arabia.

MAMA: Well, camels are known as the “ships of the desert,” which is also the name of the competition in which camels are judged for their beauty in several ways, mostly the shape and size of their lips, neck and humps.

MAMA: And for the first time, the ultra-conservative kingdom of Saudi Arabia has allowed women to participate in the competition and parade their camels.

MAMA: This is a big deal as the Saudis take their camel pageants very seriously. In December, several participants were disqualified because their animals had been given cosmetic touch-ups, including injections of a substance called Botox to make their lips more poutier.

LEELA: Bonker brains! Some people will do anything to win.

LEELA: And that is a befittingly oddball way to end this week’s special quick dip episode of Newsy Pooloozi. Here’s to taking a full-plunge in the Newsy Pooloozi next week when we’re back up to full speed! Don’t worry – we’ll turn the heater on!