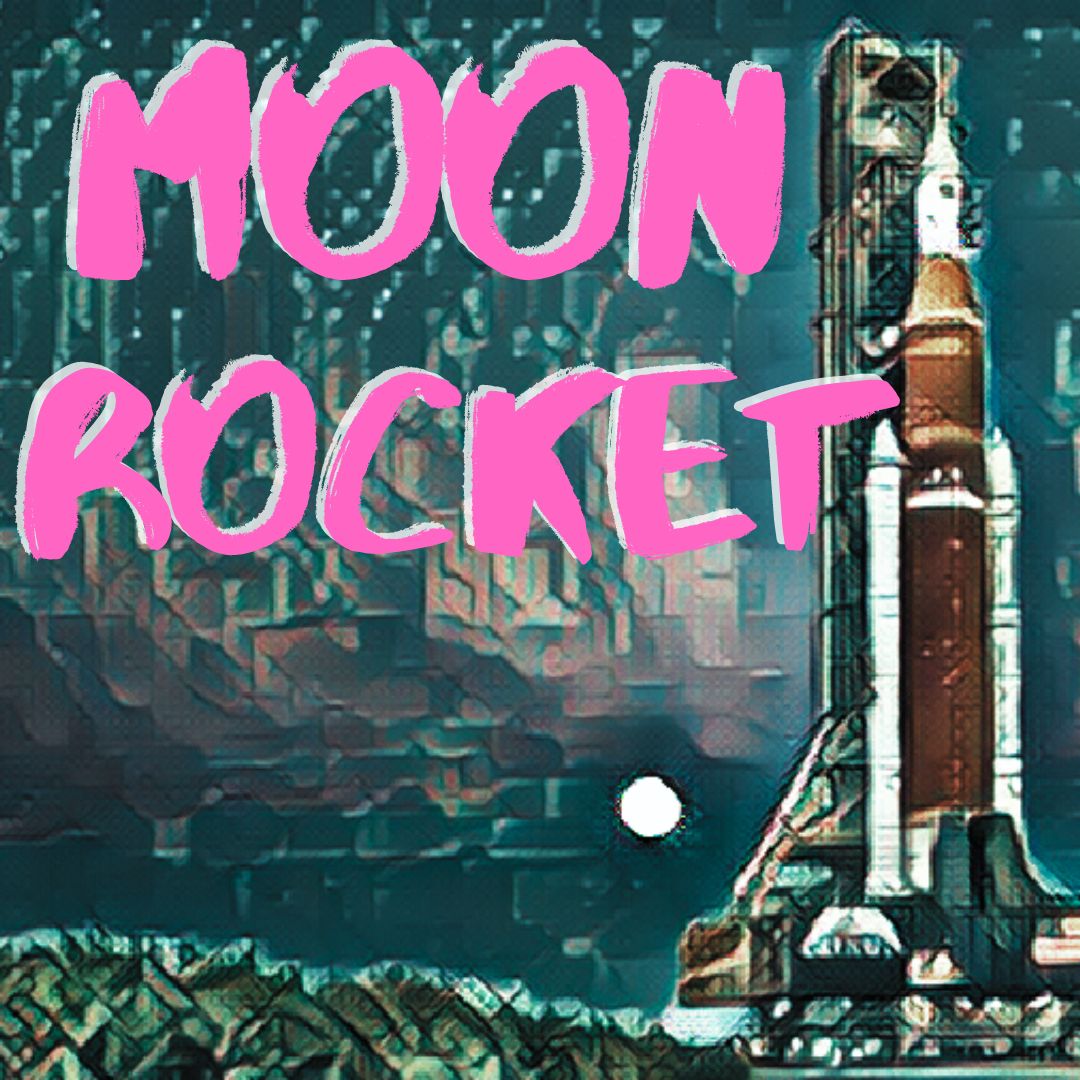 It’s a packed episode we have for you as it’s been a busy week.

After canceling twice, NASA says it’ll attempt to launch the Artemis-1 moon rocket on the 27th of September.

We’ll also give you the low-down on the most epic funeral of the century.

Also, real coins are being made with the image of master magician Harry Potter.

In India a surgeon stuck in terrible traffic decides to go extra miles or two to treat a patient.

And scientists scratch their heads at mysterious balls of blue goop, deep at sea, in the Caribbean.

I’m your host Leela Sivasankar Prickitt and, as ever, I’m joined by…

LEELA: You said it! Alrighty then, let’s dive on in with…

LEELA: Oh, yeah. Or that other favorite of yours, “A winner never quits and a quitter never wins.”

MAMA: Yes, that’s a family favorite. Thank you very much, Uncle Mase! Well, it’s good advice to live by, so much so that the world’s leading space agency is doing just that.

LEELA: Yes, as we’ve reported on Newsy Pooloozi before, NASA is hoping to send a rocket – called Artemis-1 – to the moon.

MAMA: Also known as the Space Launch System vehicle, it’s the most powerful rocket ever developed by NASA, and is designed to send astronauts and their equipment back to the Moon.

LEELA: For the first time in a lonnnnnnnnnnnnng time – like half a century long. The last manned-mission was Apollo 17 in 1972.

MAMA: OK, OK, it’s not that long ago! So, to get this rocket up in space, three million liters of super-cold liquid hydrogen and oxygen will burn in four big engines underneath the vehicle, thrusting it to space.

LEELA: But when they tried doing that earlier this month there was a hydrogen leak.

MAMA: And a few weeks before that there was another technical issue that meant the mission was…

MAMA: So, to make sure everything is in order – to try again – NASA is planning to perform a televised cryogenic demonstration test.

MAMA: Cryogenics, which is the branch of physics that deals with the production and effects of very low temperatures.

MAMA: Meaning, they’ll load super-cold liquid hydrogen and liquid oxygen into the rocket to confirm if the hydrogen leak has been repaired properly.

MAMA: And if not, the next backup launch is scheduled for October 2nd. And if that doesn’t work.

LEELA: Then they’ll try-try again, because “a winner never quits and a quitter never wins.”

MAMA: The Queen of Britain was laid to rest in the biggest and most majestic funeral of the century.

LEELA: Along with 1500 soldiers

MAMA: Plus, hundreds of thousands of people lining the streets and millions of people watching on television.

LEELA: If not billions, by some estimates.

LEELA: Never mind the 300,000 people who stood in line for hours and hours to walk past her coffin to pay their respects as she “lay in state” for five days.

LEELA: That’s a lot of respect!

SOUND FROM FUNERAL (not transcribe)

MAMA: Now begins the reign of King Charles the III.

LEELA: All eyes are on the king.

MAMA: With many however starting to ask if Britain still needs such a large, well paid royal family in a modern country.

MAMA: That’s true – It’s the national anthem in Britain, that’s why you hear them sing, “God Save the Queen.” But the melody is also used for “My Country, ‘Tis of Thee” I don’t sing as well you do dear also known as “America.”

LEELA: I knew it!

MAMA: And the tiny European country of Liechtenstein also uses it, so do Norway, as their national anthem and for a time the melody was also used as a national anthem in Germany, Russia and Switzerland, though not any more.

LEELA: Meowowzers – that’s a lot of anthems for one melody!

MAMA: Protests break out all over Iran after a girl was killed for not wearing her hijab, or headscarf, properly. Large crowds are cheering as women set their hijabs on fire in defiance against the moral police in the conservative country.

In Japan more than five million people are being asked to evacuate their homes as a super typhoon, what hurricanes are called in Asia, slams into the south of the country.

Nearby, Taiwan is cleaning up after a 6.8 magnitude earthquake struck the island. At least three buildings and several bridges collapsed, roads were damaged and trains were derailed.

On the other side of the world Hurricane Fiona knocks out power to residents on the island of Puerto Rico, with the intense flooding expected to follow.

And in Europe, archaeologists in the country of Georgia say the 1.8-million-year-old human tooth they found proves the region was home to one of the earliest prehistoric human settlements outside of Africa.

LEELA: Thank you so much for that whippity-whappity-zippity-zappity wrap of what’s making headlines elsewhere in the world, Mama.

MAMA: All Harry Potter fans with a bit of pocket money – this one’s for you!

LEELA: No, it’s not another book or movie, sadly, or better Hogwarts costumes for Halloween, but… money-money-money.

MAMA: And not magic money either. But the real stuff. Britain’s Royal Mint those are the people who make the money

LEELA: That’s right, the Royal Mint has unveiled a 50 pence Harry Potter coin as part of a new collection celebrating 25 years since the first book was published in the UK.

MAMA: And when we say 50 pence well, British money is called pounds and 100 pence makes up 1 pound. So, fifty pence is about the equivalent of half a dollar.

MAMA: Alright – now. Lots of towns and cities all over the world have horribly bad traffic. Which, of course, is what podcasts are for! Well, one city with super bad traffic is here in India – Bengaluru, which I can totally vouch for. But you’ll never believe this story…

KINDNESS CORNER STING – VARIOUS VOICES: “Kindness corner. Cool. They did what? Seriously? What? How cool is that! No way! Cool.”

MAMA: Yes, this is a traffic story with a super cool, happy ending. And since it’s Bengaluru, let’s cut across to twins Adhyant and Nirbhay Singh Chauhan – who are standing by in the traffic-jammed city to tell us more.

ADHYANT AND NIRBHAY: Thanks, Leela.

ADHYANT: Yes, here in Bengaluru you can be stuck in traffic for hours.

NIRBHAY: It’s a total bore – so boring!  And life-threatening too.

ADHYANT: And frustrating! At least it was for a patient of surgeon Dr. Govind Nandakumar.

NIRBHAY: The patient was all ready to have gallbladder surgery when the doctor got stuck in bad traffic.

NIRBHAY: You see it’s the monsoon here – and that means there’s been A LOT of rain.

ADHYANT: The heavy rain caused a very bad stretch of highway – just around the corner from us in fact – to become partially flooded.

NIRBHAY: The doctor was stuck.

ADHYANT: And his patient was waiting…

ADHYANT: Well, thank goodness the doctor is fit and in shape.

NIRBHAY: Yes, with traffic showing no signs of easing, the surgeon jumped out of his car and…

NIRBHAY: Making it JUST in time to treat his patient.

TOGETHER: And we’re reporting for Newsy Pooloozi!

MAMA: Thanks a lot, you guys!

LEELA: Breaking news – there’s unidentified, mysterious blue, goop, as in goopy sea balls, at the bottom of the Caribbean!

LEELA: This is not made up, folks. Unidentified “blue goo” creatures are mystifying scientists after they spotted the motionless blobs on the seafloor near the Virgin Islands. Not just one. But several. You want to know what they look like? Well, imagine one of those stress-relief balls with soft, spikey bumps all over it. But, you know, gooey.

MAMA: Oh, I know what you mean. Maybe that’s what they are from the bottom of the sea…

LEELA: So far scientists have just seen them from afar – from the camera on board a remotely operated vehicle. Right now, they think they could be soft coral or sea-sponges or maybe even a tunicate, whatever that is.

MAMA: Oh, I know this one. Tunicate is gelatinous sea invertebrate – gelatinous as in jelly-like, marine, as in the sea, invertebrate, as in no spine. Sometimes referred to as sea squirts.

MAMA: How’d you like to step on one of those then?

LEELA: Eeeeewww…  No, thank you. Of course, we’ll have a link in our transcript so you can see the blue goo for yourself.

MAMA: FAB FACT NUMBER 1 – After canceling twice, NASA says it will attempt to launch the Artemis-1 moon rocket on the 27th of September, which is designed to finally take astronauts back to the moon. When was NASA’s last manned mission to the moon?

LEELA: FAB FACT NUMBER 2 – And to make sure everything is in order for the rocket launch, NASA is planning to perform a televised cryogenic test. What’s Cryogenic?

The branch of physics that deals with the production and effects of very low temperatures.

MAMA: FAB FACT NUMBER 3 – As the UK’s queen is laid to rest, the national anthem “God Save the Queen” was played at her epic funeral. Which country also uses the melody as a national anthem today?

MAMA: FAB FACT NUMBER 5 – Mysterious “blue goo” deep at the bottom of the Caribbean Sea stumps scientists. Some think they could be soft coral or sea-sponge or maybe even a tunicate. Which is what?

MAMA: Thank you so much to listener Naomi who sent us a fab email saying –

LEELA: “When I go to bed, I listen to Newsy Pooloozi to chill out and sometimes in the day when I am bored. Newsy Pooloozi is entertaining and I love it.”

MAMA: Ohh I love it too! Thank you very much, Naomi – that’s made our week!

LEELA: (sings) Thank you, thank you!

LEELA: And anyone else who wants their email read out – drop us a line to contact@newsypooloozi.com.

MAMA: That’s Newsy Pooloozi as in a pool of news.

MAMA: What are you waiting for?