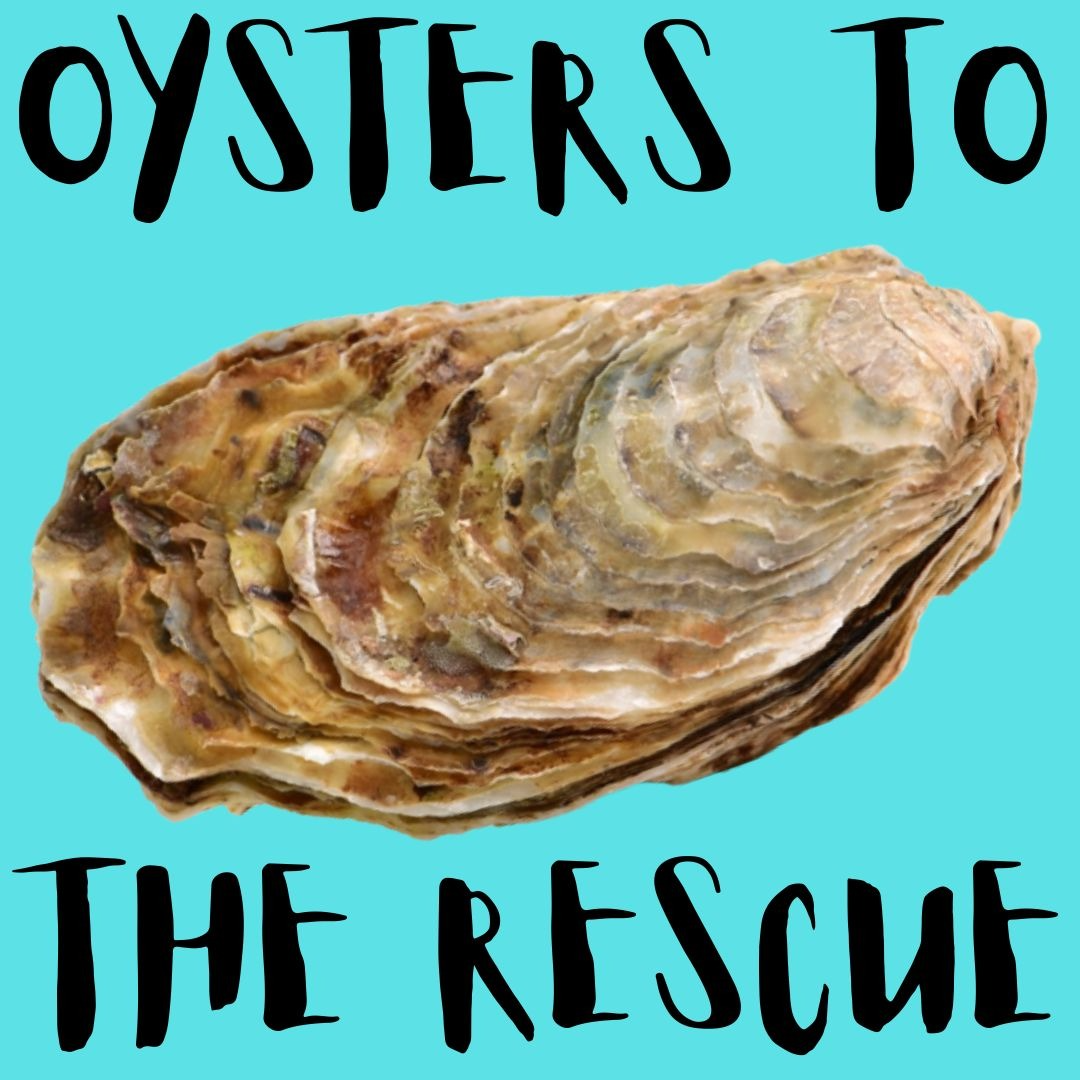 LEELA: This is Newsy Pooloozi – the WORLD news pod for curious kids and adults. This week…

It’s oysters to the rescue in Bangladesh, where land erosion is a serious threat.

Dubai develops another world record hot spot – or, should I say, deep spot?

You might think spiders are creepy, but what if I told you they dream in their sleep?

And find out about the wacky ice cream flavors the Brits are eating to stay cool.

I’m Leela Sivasankar Prickitt. And as ever I’m joined by the big story explainer, and my Mama.

MAMA: So, we are taking little bit of time off to celebrate.

LEELA: But we aren’t leaving you high and dry.

LEELA: But we are recording this slightly shorter podcast a bit in advance.

MAMA: So, forgive us if there’s some big breaking news, we miss this week. If so, we promise to “circle back around” to it next week.

LEELA: All right – let’s dive on it. First up its…

MAMA: So, do you know which country is to the east of India? As in if you’re looking at a map just on the right-hand side of India.

LEELA: Well, did you know that Bangladesh is the 8th most populated country in the world with 165 million people that’s like twice population of Germany!

MAMA: That’s a lot of people. And, sadly, it’s been estimated that in just 30 years, one in every seven people in Bangladesh will be displaced from their homes by climate change. It’s one of the most vulnerable countries in the world in terms of extreme weather.

LEELA: Yeah, they get hit by cyclones, or hurricanes, and droughts, never mind loads of riverbank and coastal erosion.

MAMA: Yep – huge patches of land just disappear when the floods come, and the ocean waves batter its many islands all year round. But…  never fear oysters are here!

MAMA: Not eating them but FARMING them. Because when loads of oysters are clustered all together, they make reefs that are as strong as coral.

LEELA: Whoa. I didn’t even think of a reef not being coral.

MAMA: I know, but a reef is actually a long line of ANY rocks or plants – or clusters of very sturdy shellfish like oysters – just below or above the surface of the sea.

LEELA: So, crowded up together oysters are an amazing force.

MAMA: Yep. And in the water around Kutub-dia Island, which could disappear in just 50 years, thousands of oysters are being introduced.

LEELA: Which will hopefully breed to make hundreds of thousands… I get it.

MAMA: Yep, but let’s cut across to Dua Mahnoor Chowdhury, who’s standing by in Bangladesh.

DUA: You see, we get big waves in the Bay of Bengal that take a little bit of our land with each gush of water.

LEELA But there’s hope that an oyster reef will help, right?

DUA: An oyster reef creates a wall that decreases the power of those waves. Not just that.

That oyster reef also helps filter and clean the water.

DUA: Did you know a single oyster can filter up to 30 gallons of water every day?

LEELA: Wow that’s like 30 big buckets of water being filtered by a single oyster!

DUA: But I’m not done… The reefs also create homes for sea creatures and fish which we can eat! Yummy!

DUA: And not only that either! When there’s an oyster reef, it’s also easy to plant mangrove trees.

DUA: They also help down the flow of water and move the dirt to the right places. All those things help save the beach from disappearing.  Bring on more oysters, I say!

MAMA: I agree bring on more oysters, indeed. Thanks for that info, Dua. Who knew that a bumpy little oyster crowded up with other little oysters creating an amazing force!

LEELA: That could stop land erosion and save loads of islands. Impressive.

NATURE STING – VARIOUS VOICES: “The call of nature. Get on your safari suite. Or squeeze into your scuba gear. And get ready to hop into a jeep. Or submarine. Submarine. Because Mother Nature is calling! Nature.”

MAMA: Some people find them fascinating.

LEELA: Some find them terrifying.

MAMA: So terrifying there’s a whole word to describe the phobia, or intense fear, of them.

LEELA: So, you know, you can skip forward a minute if you don’t like them because otherwise this news might REALLY freak you out.

MAMA: New research, published in the Proceedings of the National Academy of Science, suggests that spiders experience a sleep-like state with rapid eye movements similar to those observed in dreaming humans.

LEELA: Not just any spiders but jumping spiders about the size of an adult’s pinky fingernail. But still.

MAMA: The researcher found that when it was time to snuggle down to sleep, some went to teeny silken pouches called “retreats.”

LEELA: But others dangled upside-down from a single strand of silk with their legs neatly curled in and…

MAMA: Occasionally moving. Twitching in fact. Like cats or dogs do when they’re dreaming.

MAMA: And, on super close inspection, thanks to night-vision cameras, it was clear the spiders move their eyes in sleep. Rapidly.

LEELA: Otherwise known as rapid-eye-movement – which when sleeping is a sure sign of dreaming. Of crawling into your bed and tickling your toes, no doubt. Yuuugh!

MAMA: Yeah, they probably don’t dream the way we do. But this could alter our understanding of when and how dreaming evolved.

LEELA: Sure – a city in the United Arab Emirates. Home of the Burj Khalifa. AKA – the tallest building in the world.

MAMA: Right. And Dubai is also home to the world’s largest mall as it happens. And is now about to add another Guinness World Record extravaganza to its list.

MAMA: Actually, I will not. I’ll save it for Samy Mabrouk, our Dubai correspondent, to tell us all about it. But here’s a clue – it’s called Deep Dive Dubai and it’s as deep as a 20-story building…

Dubai might be a desert, but that has never stopped it from creating a super slick city with stunning skyscrapers and huge shopping malls.

Or reclaiming parts of the ocean to create a beach-front neighborhood in the shape of the world, never mind having indoor ski resort.

And now it’s adding the deepest swimming pool in the world to its list – at 196 feet deep – that’s 60 meters or, put another way, it’s as deep as a 20-story building!

Of course, Deep Dive Dubai, as it’s called, is meant to train people how to scuba dive.

But once you learn, you can also play chess or table football at the bottom of the pool.

Yeah, I don’t really get that either…

But that’s not stopping me from asking my parents to take me there.

LEELA: Gotta says, I wouldn’t mind taking a dive there too and, hey, why not edit our podcast in the editing room?

MAMA: Good idea. Maybe Deep Dive Dubai would like to sponsor an episode of Newsy Pooloozi, hint-hint if you are listening…

LEELA: Yeah, we are a pool after all

MAMA: Ok, I’d say you’re making a grocery list, so we can restock the pantry.

LEELA: Wrong again. Think “heat-wave summer” and food you need to cool down.

MAMA: But those are condiments, cereals and, well, beans –

LEELA: And did I mention the Worcestershire Sauce?

LEELA: Well, try telling that to London, which is in sulking right now as the Ice Cream Project pop-up has just shut down after a triumphant summer serving weird ice creams.

MAMA: You must be kidding me?!

LEELA: No ma’am. Have a look on social media, where the wacky flavors have created a buzz, inspiring some to travel all over Britain just to get a lick. Some lines are said to hand taken two hours to get through, too.

LEELA: Yep. And it’s a best seller too, along with Soy Sauce. Only to be beaten by Coco Pops and Frosties, which topped the list.

MAMA: And just when you think the British are stuck in their ways and don’t like change…

MAMA: FAB FACT NUMBER 1 – Oysters are being used to create sturdy reefs to stop land erosion in Bangladesh a country next to India in South Asia with as it happens a lot of people. 165 million in fact, putting it where on the list of most populated countries?

Bangladesh is the 8th most populated country on earth.

LEELA: FAB FACT NUMBER 2 – The oyster reef also helps filter and clean the water, as their bumpy grey shells hold on and traps the yucky bits.  How much can a single oyster filter each day?

MAMA: FAB FACT NUMBER 3 – Dubai, a city in the United Arab Emirates, adds another world record to its list with the world’s deepest swimming pool that’s 196 feet deep. It’s also home to the world’s the tallest building, which is?

MAMA: FAB FACT NUMBER 5 – This news, of course, is terrifying to people who have an intense fear of spiders. What is that called?

LEELA: And that brings us to the end of this episode of Newsy Pooloozi!

If you enjoyed this dip in the coolest pool of news and information then do subscribe to our podcast on Apple Podcast, Spotify, Stitcher, Alexa or wherever you get your podcasts.

While you’re at it… Give us a good rating. Or better still, leave us a review – and we’ll read it out on the next podcast, promise!

Alrighty the, see you next week in the happy, splashy giant Newsy Pooloozi!