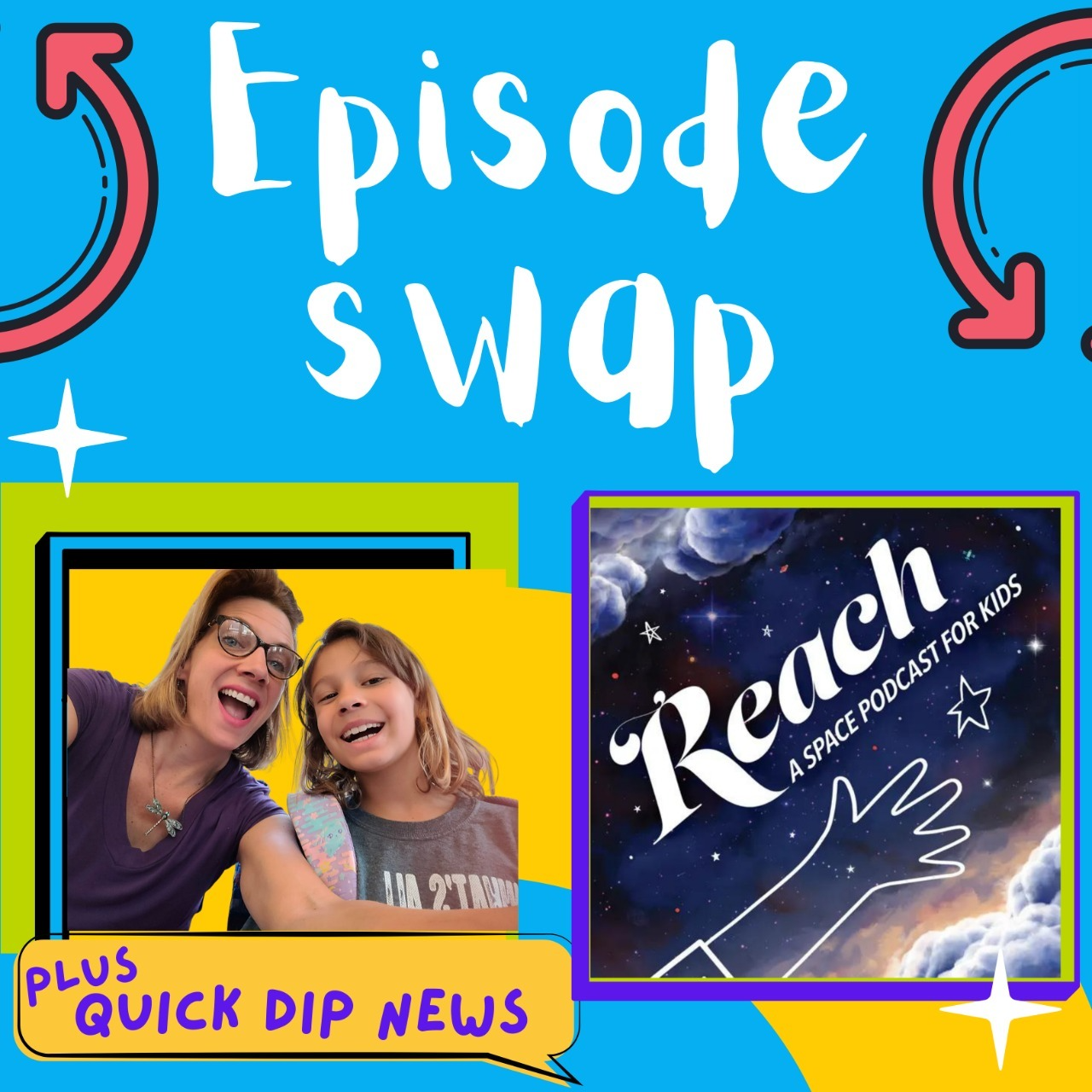 Quick Dip of world news and REACH: A Space Podcast for Kids

This week, we cover the US protests on the Supreme Court ruling affecting women’s rights. We’ll also talk about a massive plastic ban in India, the whole mummified remains of baby wooly mammoth, and the launch of a bacon perfume called Wright N°100.

And finally, this week we go to the stars  — REACH: A Space Podcast for Kids!

LEELA: Hello and happy summer! Or… is it the summer of “discontent” with protests in America and India? Never fear, jollier news is here! From the discovery of a mummified Ice Age mammoth to a major ban on single use plastic, never mind a perfume with a special smell. Clue: oink, oink!

LEELA: I’m Leela Sivasankar Prickitt and as ever I’m joined by my side-kick-producer-mama.

LEELA: It’s summer and so we have our special, shorter news episode for you.

MAMA: It’s a “quick dip” in the world news pool.

LEELA: Let’s begin with the…

MAMA: Taking to the streets and expressing your unhappiness, or discontent, with something is a sign of a thriving democracy.

LEELA: So, it’s no wonder that many people in the world’s two largest democracies – those would be the United States and India – are out in large numbers.

MAMA: In the US there’s a lot of anger towards the Supreme Court reversing a ruling that’s been around almost 50 years. It’s about a topic related to women’s rights that is super complicated.

LEELA: And controversial! As soon as you find people mad at the Supreme Court, you’ll find others glad at the reversal.

MAMA: Both sets of people are out on the street making their voices known, trying to get the attention of the law-makers they elect.

LEELA: And spin the globe halfway around to… India – and there are protests there too.

MAMA: Right – this is about a few people saying things about a religion that people in that religion find offensive.

LEELA: So offensive, they’re taking to the streets in the thousands to let their anger

LEELA: Be heard. And it’s not just religious sentiments either. Even some proposed changes in the military have sent people to the streets in protests which sometimes have gotten out of hand fast.

MAMA: Yeah, we are happy to say there is some more pleasant, even laudable or worthy of praise, news in India to report upon too.

LEELA: Oh, yeah. On the first of July India will ban the use of single plastic – finally!

MAMA: Plastic waste is a big threat to the environment as it doesn’t biodegrade or break down, but just turns into microplastics, which get into our water, our fish and food sources and then…

LEELA: Our bodies! So things, like plastic straws and sticks used to hold anything from balloons to popsicles –

MAMA: And plastic cups and cutlery – and all the excess plastic used to wrap around boxes of chocolates, cigarettes, and even greeting cards –

LEELA: Banned! It seems as though plastic bottles aren’t on this list, so we’re going to have to follow up on this story – don’t worry, we’ll keep you posted. And now…

LEELA: You won’t believe what’s been found in north-western Canada?!

LEELA: Poor darling… Well, its early death, back in the Ice Age, is something special for scientists to study.

MAMA: Yes, it’s the most complete mummified mammoth found in North America and only the second such find in the world.

LEELA: Why finally? Well, it was first discovered in a remote location of Brazil 70 years ago, but those who stumbled across it weren’t able to retrace their steps.

MAMA: The area is really geographically unique, with conditions ideal for trapping and preserving loads of dead organisms, including precious ancient plants.

MAMA: Scientists say this find could help shed light on one of the biggest extinction events in our Earth’s history.

LEELA: To many it’s an irresistible odor…. Mmmmmm… But does that mean you want to spray it on you??

MAMA: I don’t know… But you can try now. A new bacon-scented fragrance was just released called

LEELA: And, no, in case you’re wondering, there’s more to this perfume than pig.

LEELA: What a shame Mother’s Day has come and gone, hey?

MAMA: I don’t know about that

MAMA: And that’s all we have time for this week folks! We know you are comfortable, and wanna hear more so…

LEELA: To the stars this week we go, yes this is one of the coolest spaciest podcasts around, for space nerds and star lovers alike is reach. A space podcast is for kids

MAMA: Which we are sharing a special episode with you right now

REACH: A Space Podcast for Kids (Not Transcribed)