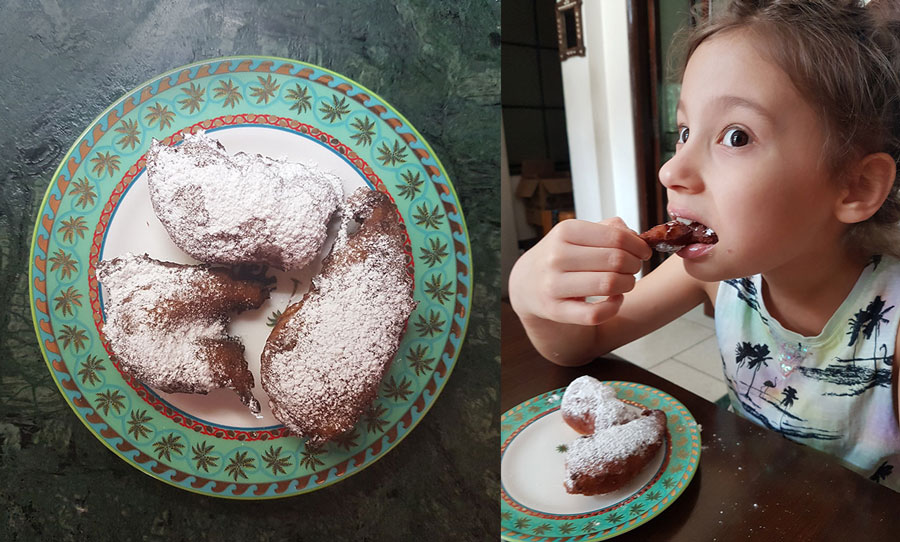 Reporting on the Cinéma sur l’Eau (cinema on the water) in Paris for our third episode, inspired us to eat French food, naturally.

The clever city leaders in Paris found a perfectly socially distant way to kick off the summer this year. Since 2007 the city has transformed the banks of the River Seine into temporary, artificial beaches just for the fun of it. It’s called Paris-Plages (Paris beaches). This year they kicked off the summer transformation with a night of cinema on the water – Cinéma sur l’Eau. Thirty-eight boats, which each could seat up to six members of a family, were docked in front of a humongous screen on the River Sein for a truly unique movie experience. We wish we could have been there (or anywhere)! So we made beignets, otherwise known as “French donuts” instead.