How much is too much news for kids? 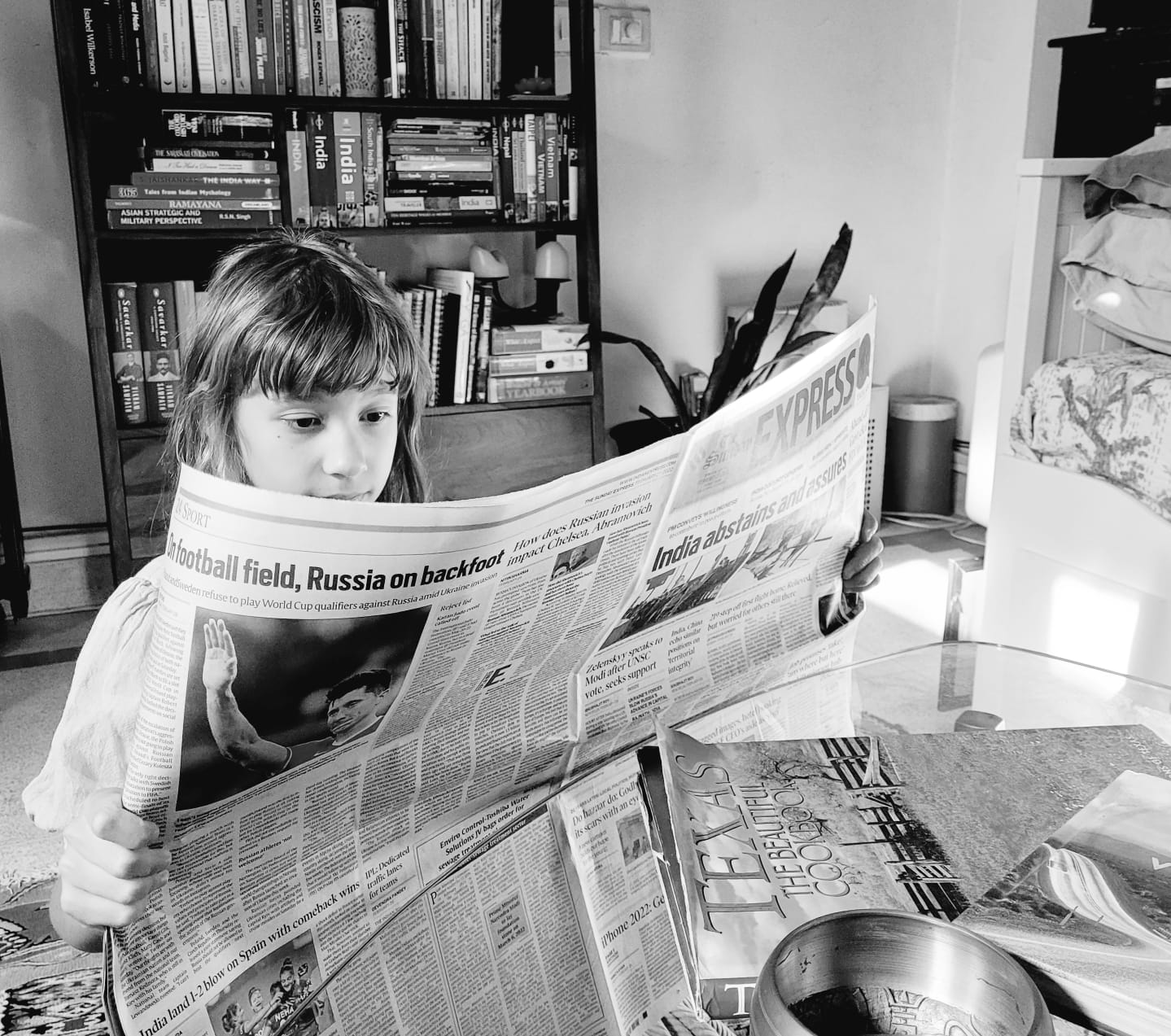 Getting kids interested in what’s happening in the world is great on many levels – but when is enough enough?

The sound of sirens and explosions.

Images of people rushing onto busses, of children crying as they kiss family goodbye.

Men and women saying they will stay and fight.

Watching what is happening in Ukraine is heart-wrenching. And, for many of us, it is also a painful reminder of how privileged our own lives are. Which makes it an important story for our children to know about on so many levels, right? And yet, how much should children be seeing and hearing this news?

How much is too much news?

Experts say that children who are informed about what is happening around the world helps build their empathy, which has long been lauded as an essential life skill for children.

In fact, it is one of our drivers for producing Newsy Pooloozi, the only world news podcast for kids (and a lot of adults, as it happens). We go to great lengths to not only bring the news each week to kids but cover as many regions and cultures as we can, firmly believing in the value of sparking children’s  interest in the world at a young age.

Unlike other news-for-kids outlets, we decided not to only report positive and happy news stories. Although we adore featuring happy (and particularly wacky) news, we want kids to be informed about the big news issues too.

Well, the good and the bad.

But we draw the line at the ugly, preferring to spare children from gratuitous acts of violence for as long as possible. After all, it is up to parents to enlighten children on the nastier side of life when they feel the time is right for their child. The problem, as ever, is shielding children from this kind of news, that sometimes lurks in the shadows of a parent’s control, until then.

When is the right age for kids to consume distressing news?

But tough news about race, the environment, natural disasters and geo-political conflicts does not have to be shielded from kids who are ready to hear it.

When is that? Of course, every child is different. But most kids have big ears. So when they are hearing the news waft in from the TV or your devices or snippets of your conversations – they are probably ready to be told what is happening in an age-appropriate way.

For us it began with a series of events when Leela was 7-years-old, for until then my husband and I had kept her pretty far from news events. First it was when a massive months-long demonstration over a piece of legislation in India, where we live, was preventing her from visiting friends who lived close to the roads blocked by the protesters. It was not just the hassle of crazy-long traffic jams in New Delhi, but then there were threats of riots too. She clearly needed to know what and why this was happening.

Then, of course, there was COVID – there was no hiding the worry all around us, but tempering the growing anxiety and paranoia became a prime concern as a parent.

Finally, it was George Floyd’s horrible killing and the deep feelings of anger and shame it brought out of me, a white woman who grew up in America’s south. There was no hiding this news from my innocent, wide-eyed 7-year-old. It was also time she knew more about race, prejudice and injustice.

The trick was telling her in the right way.

Parents can shape the narrative

Leela was hearing about riots, dangerous diseases and police brutality, but I wanted to be the one to shape what she heard, to guide the narrative. To give the background – which might go back centuries if not millennia – that put these distressing events into context. To inform her of her privilege while not making her insecure about her potential. To explain tricky, and sometimes downright nasty, words.

Oh, and by the way, keep it all b-b-bouncy, not too turgid, nor too preachy and all in under 5-and-half minutes after which she loses all interest in mama’s monologues.

Yeah, I got a few new grey hairs.

But, actually, it was from explaining these difficult issues as gently and understandably (and fast and snappy) as I could that gave us the inspiration for starting Newsy Pooloozi. Breaking down complicated and sometimes distressing topics in a way kids can understand – and will be interested in – is of our raison d’être.

Hear Newsy Pooloozi’s Ukraine War Explained episode – breaking down the history and complications between Russia and Ukraine, using a “glossary game” to define all the new or weird words being thrown about (UN, NATO, oligarchs) and the top coping tips when a big, unpleasant news story unfolds.

But after the doom and gloom of COVID-19, riots, insurrections and climate-change debates, did they need to know about a major war in Europe, which many were calling a prelude to World War III?

One good side of new technology is that TVs blaring war footage across homes is not as ubiquitous as it used to be, as most people consume their media individually on hand-held devices

In a recent Twitter Spaces round-table discussion about this topic with other journalists and podcast-producing parents, this was gratefully seen as a game-changer in helping kids – the littler ones at least – consume the right amount of tough news.

The prevailing thought was that parents should be the trustworthy news commentators, avoiding the urge to say, “No, no, don’t worry, it’s not as bad as it seems….”  While kids do not need to see or hear the entire barrage of news reports – particularly the disturbing images – the panelist felt there was great value in building trust with your child by being the one to discuss the latest developments.

The good thing about kids, and their gadfly attention spans, is that they will usually let you know when they are sated.

You know when their eyes start to dart around, hands reach for a toy or random questions are asked (“Hey, what’s for lunch?”) that our job as news commentator is, for the moment, done.