We made it to the NYT! 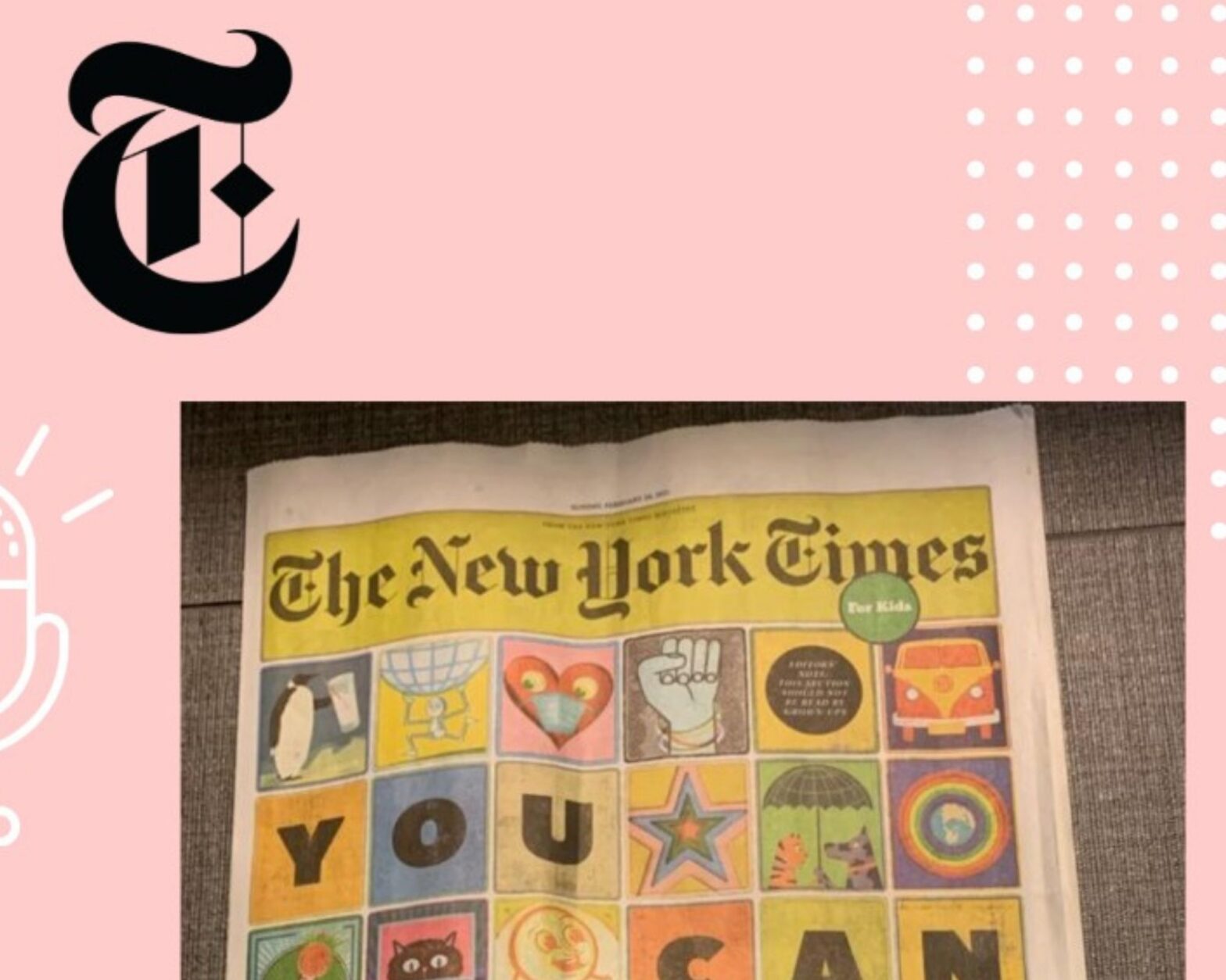 We are really excited and super proud that our humble mother-daughter news podcast, Newsy Pooloozi, has been recognized by the New York Times!

We have been singled out as one of the “expert” kid podcasts out there. Leela was quoted twice in the full page write-up in the NYT Kids supplement, talking about recording under the bed (of course) and saying that “news doesn’t always have to be bad stuff or scary stuff.” Too right!

We were also given a new tagline, oh, yes we were. Forget about us being a whirlpool of news and information – the New York Times thinks of us as “a news variety show.”

Have to say I never thought about us that way, but I must confess…. I quite like it!

(Of course, I had to explain what a variety show was to Leela. Honestly, kids today.)

The full article, which appeared in their February issue, was called “Audio Mania – How to Create Your Own Podcast.” Sadly, for readers of this blog it’s a print-only magazine, so you’ll have to squint at the pictures below.

But if you are able to get hold of this monthly newsy magazine for kids, you really should. It’s great fun and super informative. A bit like Newsy Pooloozi (if we do say so ourselves!). Likewise, the NYT Kids, which is technically produced by NYT Mag Labs, works hard at not talking down to its readers, yet knows the odd mention of a burp or fart go a long way!

As the paper states in this article about the monthly magazine, it “takes the form of a mini-version of the paper itself, covering national and international news, science, culture, sports and more. But there are also occasional special issues… that are themed.”

And, again – a little like us – it’s not just kids who enjoy reading it too. Lots of adults and media bigwigs are on record that they quite like wolfing it down too…!

Get your zippity-zappity-whippity-bappity Newsy Pooloozi podcast🎙 straight into your inbox every Wednesday.

We promise not to spam your inbox.