The cicadas are coming! 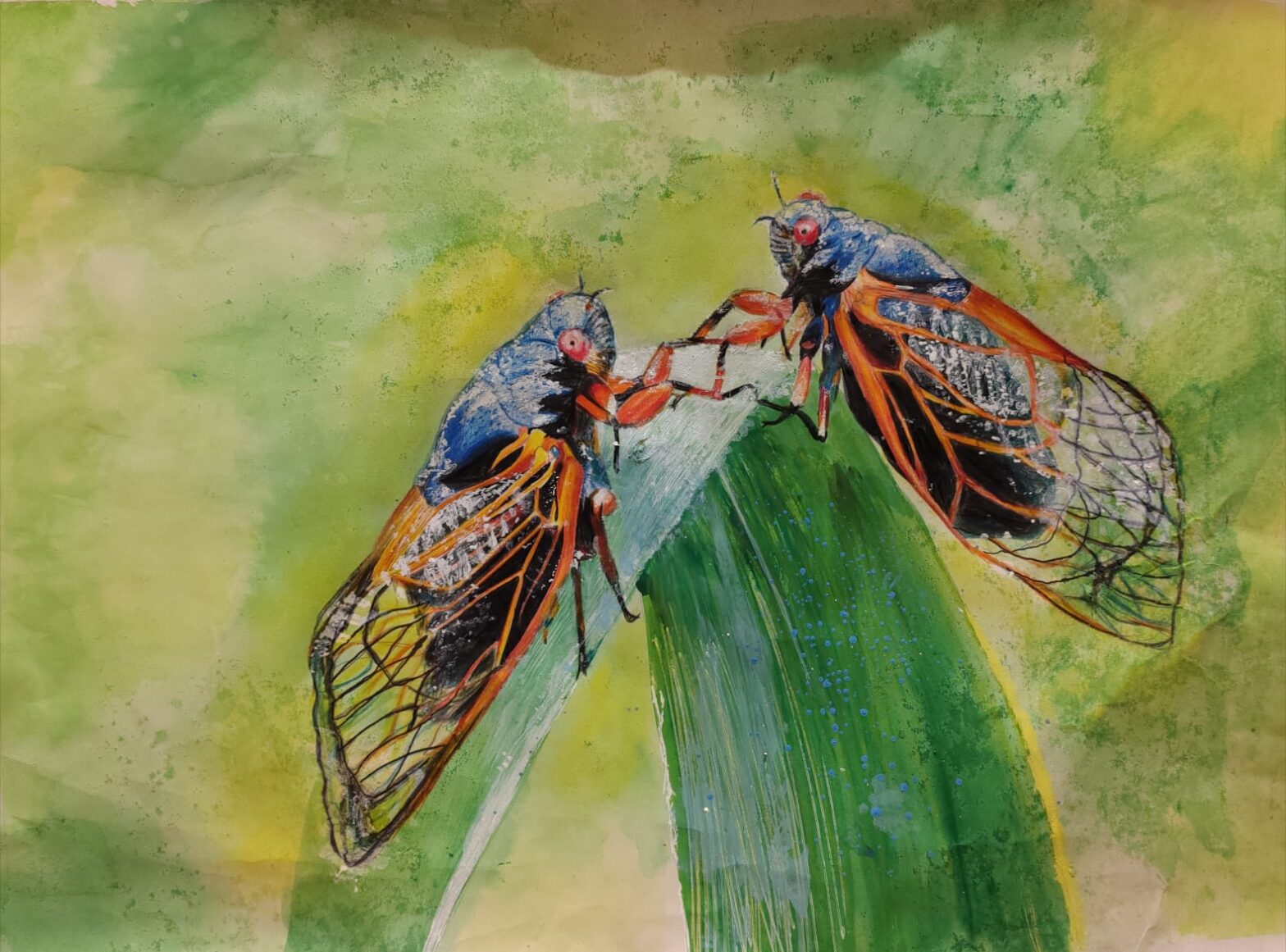 US prepares for swarms of cicadas (Artwork courtesy of Yule Liu)

A wonderous once-in-17-years natural phenomenon is about to happen. Well, wondrous is one word for it. Creepy might be another!

Swarms of cicadas are about to descend upon the United States. Not millions, but billions of the big-winged, flying bugs. And boy do they make an entry – one cicada might be chirpy, but a swarm is downright noisy.

But don’t worry they aren’t dangerous for you or the fields and crops they’ll descend upon, unlike hungry locusts, or grasshoppers, which are of a different order. (Not only do those have huge hind legs, unlike cicadas, but will chew and destroy virtually all vegetation they come across.)

Most cicadas only cause damage to weaker tree branches when they lay their eggs. Buuuut –when millions come-a-calling, it’s fascinating. And kind of ick.

There are around three to four-thousand species of cicadas around the world. But “periodical cicadas,”

Which are unique to the eastern part of North America, only emerge every 13 years or 17 years to mate.

The big question is why do they spend most of their life underground and only emerge all at once after a long period? Because it’s their only defense against predators. By emerging, in the millions, all at once, they’re just too many for any predators to eat enough of them to wipe them out. Talk about power in numbers!

Well, on the Newsy Pooloozi Podcast we went to the state of Ohio – which is likely to see some of the highest concentration of these buzzing bugs – and got a special report from our correspondents Avery and Jackson Ausmer. They are also known the brother-sister-duo from the fabulous Hey Black Child podcast. Even their mother, Nicole Ausmer, who has possibly the sweetest voice in Ohio, added her two cents as she lived through the swarm 17 years ago.

Have a listen to their report in Episode 45 of Newsy Pooloozi.

Keep an eye on our blog and our podcast as we’ll have an update soon!

And in case you fancy hearing more about these noisy creatures, check out this playlist from the wonderful Kids Listen network for other podcasts covering this wonderous event.