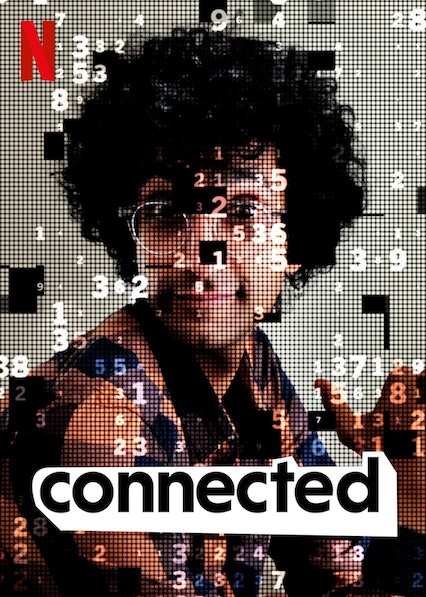 The TV show that breaks down the complicated and shows how the world is connected.

So you know that feeling when you love something soooo much and you want everyone to know about it? Whether it’s a song, a new playground, a TV show – you just want to shout from the rooftops how wonderful it its?

You also want to keep it absolutely secret. Because it’s yours. Only yours.  And you don’t want to share.

That’s the way Leela and I feel about the Netflix show “Connected: The Hidden Science of Everything.”

Why? Because it’s not just about the world of wow (ahemm, that would be science). But how so many ordinary and far-out aspects of our world are connected in ways that will make your jaw drop. But best of all, in true Newsy Pooloozi style, the show breaks down complicated information, making it not only understandable but fun.

It’s hosted by the marvelously goofy and enthusiastic Latif Nasser, whose eyes often get as big as his mop of curly hair. His remarkably thin arms swing wildly when he talks. His zeal is infectious. We are smitten. (Leela and I have a game where we imagine who in the world we would invite to our tea party – he’s now top of the list.)

And the production quality is also truly superb. The graphics master the goal of visually expressing what is being said. But at the same time they are playful and dazzling.

On the other hand we are OK if you ignore our suggestion to watch Connected. Because we are quite happy to keep it all to ourselves. Because it’s ours. Only ours.