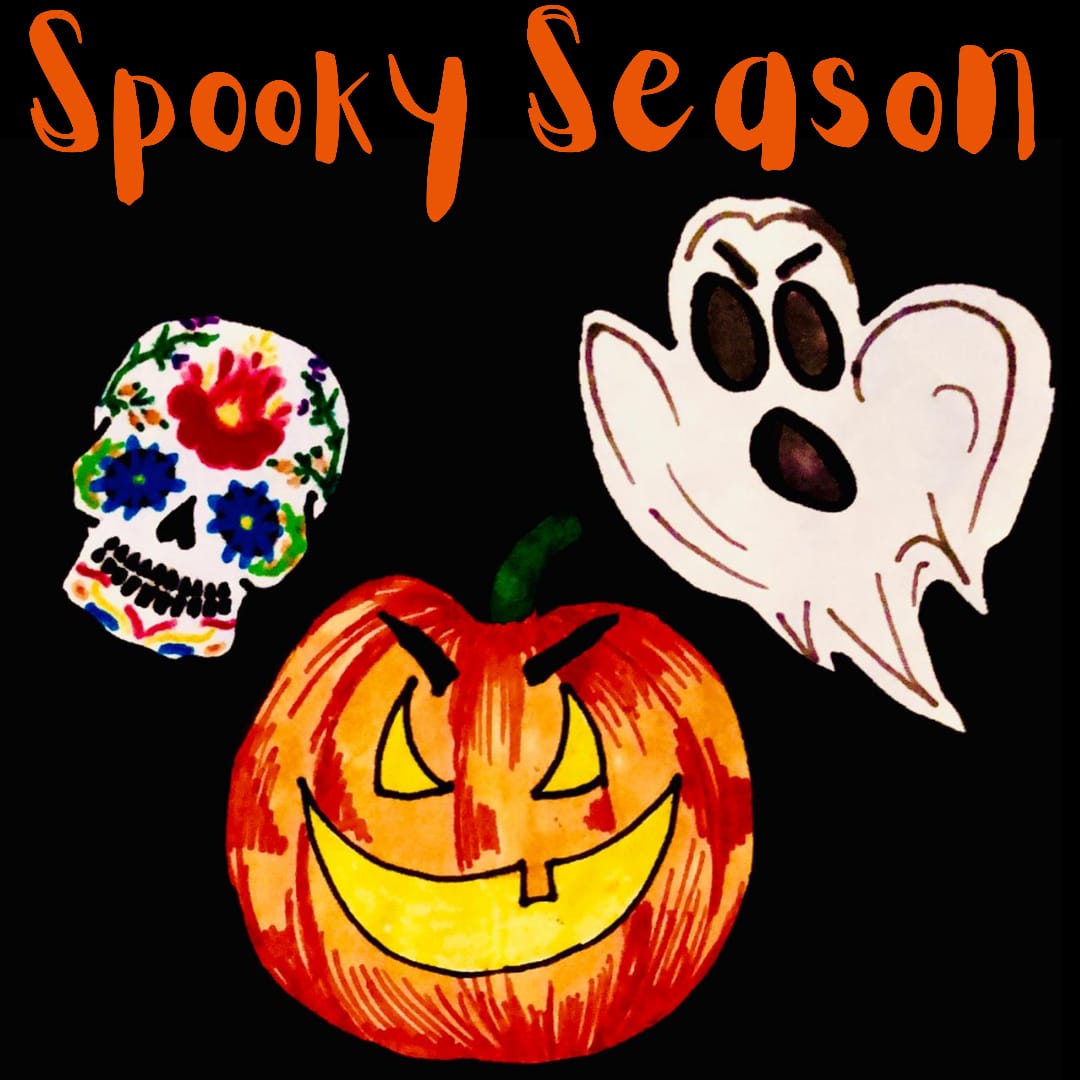 Did you know Halloween isn’t the only autumn fright festival happening in the world?  There are several spooky celebrations and they share a lot in common – proving people from different cultures and countries are actually a lot more similar than you might think. To hear reports from kids around the world talking about these festivals, have a listen to our spooky special podcast episode! And once you’ve listened or read this post – take our autumn festivities quiz here!

Ancestor worship at the heart of autumn festivals

In east Asia they have several festivals focused around honoring their ancestors. People who follow the Buddhist or Taoist faith have the Ching Ming, or grave sweeping, festival in the spring. And the Double Ninth festival is another chance for the living to pay their respects to the dead. But the most interesting and spookiest is the Hungry Ghost Festival when it is believed the dead come visit us! For a whole month!

Asia’s Hungry Ghost Festival kicks it all off

It takes place on the seventh month of the lunar calendar – that means it’s based on the moon’s cycle, not our normal 12 month calendar – usually around August and September. Ancestors are said to roam around, seeking food and entertainment – though some call it mischief! The naughty ghosts are believed to be ancestors who weren’t given a very good farewell, or funeral, when they died. On the night of the full moon a large feast is prepared with an empty seat left for the hungry ghost. Families make sure there is a lot of food and drink! I mean, wouldn’t you want to keep a hungry ghost happy?!

We know Mexico’s Day of the Dead has similar origins but so does Halloween, believe it or not.

Celtic harvest festival to All Hallows’ Eve to… Halloween

Long before Christianity spread across the world, many Europeans were what’s known as pagans, an ancient religion that worshipped many gods. And the Celtic people, who lived in what we now call Ireland and Britain, celebrated something called Samhain, with bonfires and parties marking the end of the harvest season and the beginning of winter or the “darker half” of the year.

And during this festival period guess what they believed happened? That their dead ancestors came back to life!

Like in Asia, the Celts believed there was a period when the boundary between the worlds of the living and the dead became blurry. And people were worried they would encounter ghosts if they left their homes. So to disguise themselves they wore masks hoping the ghosts would mistake them for fellow ghosts.

When Christianity came to the Celtic areas, it’s believed that the church wanted replace this pagan ritual with their own. They had something around the same time of year called All Saints Day and All Souls Day, which were days to honor the dead, also with bonfires, parties but also dressing up as saints and angels.

During the festive season poor citizens would beg for food in return for praying for the dead relatives of the person giving the food. Eventually ordinary children who be “going-a-souling,” as they called it, visiting houses in their neighborhood and given food and money. It’s believed “going a souling” became trick or treating.

And guess what the Middle English way of saying All Saints was?  Alholowmesse or All-hallowmas, which became All-hallows for short. And since the parties were celebrated the night, or eve, before, it became  All Hallows’ Eve, which became… Halloween!

While Ireland and the United Kingdom stopped celebrating All Saints or All Souls Day with great fanfare, the US took it to new heights. Many people believe that when towns and cities were building up in America, local leaders felt celebrating Halloween was a great way to build community spirit.

Mexico’s Day of the Dead is about fun, not fear

So Halloween is on Oct 31, and two days later and bit further south of the US is Mexico’s Day of the Dead or Día de los Muertos, which began several thousand years ago, long before the Spanish people arrived in Mexico. It was started by the original Nahua people, which included the Aztecs and Toltecs.

When their loved ones died, they didn’t mourn or cry or get all upset. Believe it or not, that was considered disrespectful. They considered those who died still to be members of the community – their memory and spirit were considered alive. And during Día de los Muertos the ancient Mexicans believed their dead friends and family would return to the living world to see them.

Today’s Día de los Muertos is a mix of this ancient belief and more modern Christian rituals. That’s why it’s a day of celebration – of parties. It’s not a day to be sad and it’s certainly not spooky. Dressing up as the dead, like skeletons, is all part of the fun.

In many homes they make ofrendas, or offering alters with flowers, photos of their ancestors and some of their favourite things, like fruit and tequila, which is an adult drink.

While it turns out most ancient people believed there was a time of the year their ancestors came back to the world of the living, the ancient Mexicans didn’t fear the ghosts or want to hide from them – they wanted to party with them!

To hear reports from Newsy Pooloozi kid correspondents talking about these festivals, have a listen to our spooky special podcast episode!