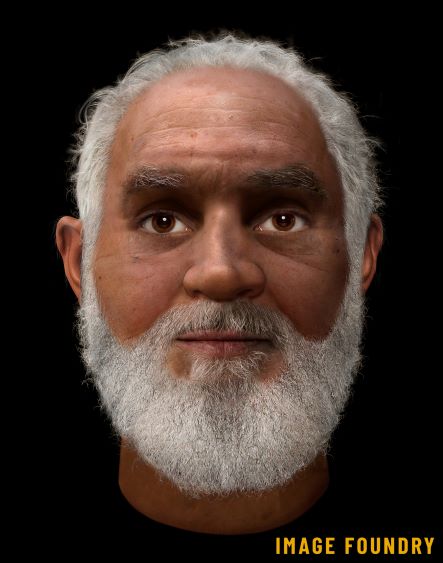 If you hear the words, Santa Claus, what comes to mind? The jolly, fat man in the red suit, with a long, curly white beard, chubby red cheeks and a twinkle in his eye? You wouldn’t be alone.

Most people’s idea of Santa Claus is the magical man who lives in the North Pole with his elves. And I’m not going to take that away from you! But I will tell you that Santa wearing the red suit was first recorded by Victorian drawings in an American magazine, called Harper’s Weekly, about a 140 years ago. But the red suited-up Santa didn’t really become iconic – as in so super popular that you see him everywhere – until it was part of an advertisement put out by Coco-Cola, whose colors are also red and white.

But it turns out we’ve got the real Saint Nick all wrong. Saint Nicholas was a real Christian Saint that lived just around 300 years after the birth of Christ. He was actually a Greek man, though he lived in a place that is now part of Turkey. His remains, or relics as they’re called, were a big tourist attraction back in the day. They were said to release a fragrant watery substance, would you believe. And so water containing that fragrance used to be sold.

And his special Saint’s Day to remember him is December 6 for many people, including the Dutch in the Netherlands, who exchange their gifts on the eve of Saint Nicholas Day – or Sinterklass – day, as they say. (Go on, say it: Saint Nicholas, Sinter-class, Sinter-kloss… Sinter-clause… Santa Claus! See how it’s all connected?!)

No red suit, then?

As the real Sintercloss, or Saint Nicholas, was a man of the church back in the 300s, he more likely wore the robes of a priest. He had a beard, yes, as most religious leaders at the time did, but it wasn’t flowing down to his chest.

How do we know this? Nobody took selfies back then! But they painted portraits. And when someone important died, they would keep their bones! Only a few of his bones remain, though. Interestingly, 700 years after his death, his bones were stolen. By whom?

Well after the area became part of Turkey, under Muslim rule, in 1087 a group of Italian merchants crept in and stole his bones – which they said did have a lovely fragrance. They took his bones to a shrine in southern Italy, in the city of Bari, thus helping his memory spread across Europe and then America and live on today.

How do we know all this from his bones?

Well, just this week an updated image of what Saint Nicholas probably looked like is being released. Back in 2006 there was a big BBC documentary about Saint Nicholas.  For that, they worked with people who are experts at using bones to figure out how someone might have looked. They also work with Image Foundry, the UK-partnered Indian company that specializes in computer generated imagery.

Sixteen years ago they released an image of Saint Nick that shook people up, because he didn’t look like the jolly, chubby-cheeked man we associate with Santa Claus. His skin was darker, for a start. And his nose was large and crocked, showing it had been broken.

That version was neat, but it lacked the details of the skin, eyes and hair to make it look really real. Not anymore. The technology has come a long way since then, thanks to artificial intelligence and better image editing tools.

Here’s what they did. Thousands of pictures of human faces were fed into a computer, “teaching” it about the human face. The team could then use something called “deep learning AI algorithms” to create the realistic textures and imperfections in the skin, eyes and hair. Then a 3D modeling app and image editing software were used to re-create a more realistic looking face.

And if you want a different take, you can see my more grown-up version of this story, which I wrote for the Nikkei Asian Review.

Get your zippity-zappity-whippity-bappity Newsy Pooloozi podcast🎙 straight into your inbox every Wednesday.

We promise not to spam your inbox.